I also find it interesting that George Allen says America is “declining.” If a Democrat said that, he or she would be blasted as “defeatist,” “anti-American,” or — worst of all! — “not a believer in American exceptionalism.”  Yet it’s ok for a self-described “Reagan Republican” to assert that America is declining, and everybody yawns?  Bizarre.

As for Allen’s assertion that Prince William County Board Chair Corey Stewart’s characterization of him as a “mediocre” Senator was “laughable,” I’d say that Allen’s response is what’s “laughable.” Recall that as U.S. Senator, Allen was bored out of his mind, called the place a “wounded sea slug” and pined to get the heck out of there. Other than that, can anyone remember a single piece of legislation with George Allen’s name on it? Anything he led on?  Any time he voted against George W. Bush, as Bush turned surpluses into deficits, kept us addicted to foreign oil, got us mired in a “double strategic mousetrap” (to use Jim Webb’s phrase) in Iraq, etc., etc?

In short, if you’re a Republican who’s a George W. Bush fan, I guess you’d be happy with George Allen, who voted with Bush 97% of the time. If you’re not a George W. Bush fan, well then, perhaps you’d say Allen was “mediocre” or worse. All I can say is, this is going to be a fun primary to watch, I’m stocking up on popcorn kernels in anticipation. How about you? 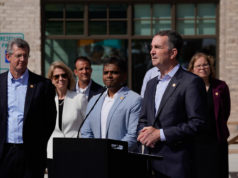 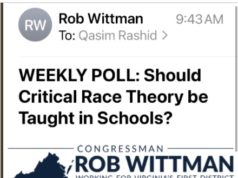