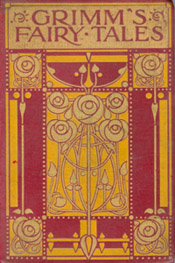 
Once upon a time there lived a young man named Bo.  A fine young man who could, at the drop of a hat, tell quite a tale.  His gift of verse had won over many on the street he lived, and two, Harold and Nan, stepped forth and joined Bo as trusted friends and allies.

One fine morning, as the rays of the sun washed away the traces of a terrible storm that had drenched Bo’s town for a fortnight, Bo and his friends came upon an older man leaning on an old car.   The man, though frail, was friendly and inviting so Bo and his friends stepped toward him with nary a reservation.  The old man smiled pleasantly, and beckoned Bo and his friends to come closer.   Words softly floated from the old man’s lips.  “Hold out your hand” he said quietly to Bo.   Trusting, Bo held out his hand and the old man’s trembling arm stretched forth, his hand opened, and the keys to the old car fell softly into Bo’s palm.  “May it serve you as well as it has served me” was all the old man said.  Then, with a wink and a smile, the old man turned and slowly walked out of sight, never to be seen again.

While Bo and his friends were elated at the generous gift bestowed upon them, they soon came to realize that the car had seen better days and was left in a sorry state of disrepair.  Not easily discouraged, the three friends quickly set about repairing the broken down machine.

Now it must be said, that although Bo was a fine young man and well liked by many on his street, not all were so enamored.  A group of devious young men had developed a rather strong dislike of Bo for their own nefarious reasons, and so they wished him fail no matter how decent Bo’s endeavors.  Bo’s effort to repair the broken down automobile was no exception, and these deviants set about bad mouthing Bo and his car to all the neighbors while Bo and his two companions worked tirelessly to fix the car.  While most neighbors knew better and were well served by ignoring these troublemakers, some fell for the slander and an unpleasant noise grew from a buzz to a thunder as each angry voice tried to out shout the last.

Bo and his friends did hear the buzz as it grew, but they stayed the course as they knew they walked upon the higher road.  They would succeed, the car would run, and all would cheer.   The angry shouts would soon be shouts of praise and good cheer, so they went about the business of repairing the car.

Time passed, the deviants continued to stir the now boiling cauldron of unfounded hate, and Bo and friends completed their repairs.  Well, enough to get the poor car running again.  Truth be told, the repairs they made were not particularly pretty, the doors and panels were still full of dents, dings and scratches, the paint color on the various junk yard parts they used didn’t match, the seats were still cracked, and neither the radio or air conditioning worked.   And yet their hard work paid off when the old engine roared to life. They piled in to take it for a spin.

But as Bo and his friends slowly eased down the street they didn’t hear the cheers they were certain would come.   The deviants and those under their spell lined the edges of the streets, booing, laughing, and mocking the ugly, but running, car.   Bo and his friends were stunned.   The deviants certainly couldn’t have fixed the car.  They couldn’t have gotten it running.  They didn’t even try.

Bo and his friends were confused.  Hurt.  Not long ago Bo was the hero of the street and now he was the laughingstock.  Surely they could do something to win over the neighborhood.

They whispered amongst themselves in deep debate.  They were lost in deep thought as they deconstructed every angle, every turn of the wrench, and every drop of sweat that went into making the old car run.  How could it be made better?  How could they salvage their hard work and their now running car?

In a flash it came to them.  They would snatch victory from the jaws of defeat.

So out they set, on a grand journey from which they would certainly return as heroes.   They drove out of the neighborhood and into the city.

They approached an auto parts store, where they could purchase shiny new parts.  And they drove past.

They approached an auto mechanics shop where they could hire a mechanic to make expert fixes to the engine.  And they drove past.

They approached an auto body shop where they could pay to make the car look great.   And they drove past.

They approached a used car lot.  And they pulled in.

Unknown to them, although it did say on the sign out front, the dealership was owned by the father of one of the deviants back in their neighborhood.  No matter, they had hatched a brilliant fool proof plan – they would sell the car that they had just worked so hard to repair and buy a shiny new one.  At least a shiny used one.  This would certainly win over the hearts and minds of those trouble makers back at home.

So the pulled in and were immediately approached by the used car salesman.  He was quite the smooth talking gentleman and the three friends immediately liked him.  Why would we not trust a used car salesman, they asked each other.  So the salesman lead them to the first car in the lot.   It wasn’t much of a looker.   Actually, it wasn’t any better looking than Bo’s current car.   They popped the hood and the engine did need some work – not any different than the work they just did to their current car.   The used car seats were torn and the radio didn’t work.  There was rust, dents, dings, and scratches all over the body of the used car.

Well, Bo and his friends are no fools, they were certain they could do better than the first car they saw.  So they asked to see another.  The salesman smiled wide with his perfect set of pearly whites spanning ear to ear and said “I’m sorry, that’s the only one we’ve got” despite the fact that there were dozens of better cars right behind him.

Well, Bo and his friends felt a twinge of dejection, consulted briefly with each other, and then nodded their heads.   They would take the “only” car.

While that had not gone as well as planned, Bo and his friends had a great deal of confidence in their negotiating abilities.  They might not have gotten the best car, but at least they would pay a reasonable price.  They checked the make, model, year, condition, and the mileage.  They looked up the market value at three different sources, and each indicated a value of $1000.   So they decided to start with an offer of $500 and negotiate with the salesman, seeking a compromise of $1000.

They sat down with the salesman.   The salesman carefully looked over his spec sheets and then back at the trio.  He said, with great authority, that the value of the car is $10,000.  Well, that was not what Bo and friends expected, so they’d have to stray from their original plan in order to get a good deal.

Bo: Wait a minute, this is a negotiation.  We’re giving some, shouldn’t you be giving some as well?

With that Bo and his friends jumped into their “new” used car and hurried back to their neighborhood.  It wasn’t exactly the deal they had their hearts set on, but they consoled each other with the knowledge that compromise means that you can’t get everything you want.   They had compromised for a greater good.   Soon they would arrive back home to the adulation of the neighborhood.

They rounded the corner and their street was lined with the same deviants and those under the deviant’s spell.  As they drove slowly past they were greeted with the same booing, laughing, and mocking.  Bo and his friends were stunned.  Again.  They never saw this coming.

So they quietly parked the car, and slunk into their homes, and waited for the next terrible storm to arrive.

I know I don’t need to explain what my fairy tale means, but I’ve got to say something…

I keep hearing the word “compromise” used by the Democrats.  Well, there is a “c” word that accurately describes what you’re doing but “compromise” is not it.  If you guessed “COWARD” you’d be close, but still not right.  The word you’re looking for is “CAPITULATE“.  Shame on you for obvious reasons.