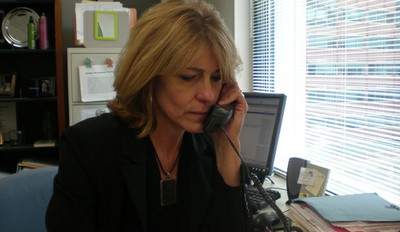 In the meantime, here’s what Stamos is up to these days:

In her argument before the court today, Deputy Commonwealth’s Attorney Theo Stamos said Torrez is a “predator” who made his victims endure horrifying ordeals. The jury “did the exact right thing” by recommending multiple life sentences, she said.

Nice job, thank you for the work you do Theo Stamos!