(Thanks to Lori Haas – mother of Virginia Tech massacre survivor, Emily Haas – for this. – promoted by lowkell) 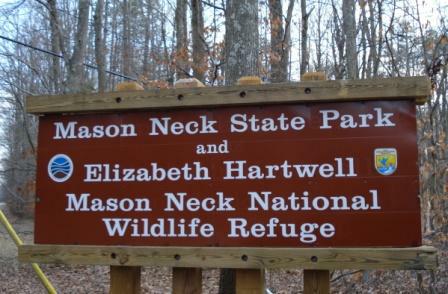 In a letter dated Jan 14th, Governor McDonnell lifted the ban on the open carry of firearms in Virginia state parks.  Virginia state forests will follow in approximately 45 days according to statements by Tucker Martin, the governor’s press secretary.

Allowing the open carry of any legal firearm in our state parks and forests is true to form for our Republican Governor, especially one that counted a highly placed NRA executive on his transition team. But, lifting this ban only adds to our state’s reputation as “gun crazy”.  We allow firearms, including the many assault weapons openly carried onto the capitol grounds and into the GAB this past Monday to be carried in too many public places.  Public safety notwithstanding, our state’s tourism dollars could be affected – who wants to take their family camping next to the guy swaggering around the park with his AK-47 boldly strapped to his side.

Can you tell me what the good guy or the bad guy looks like?  Should we just ask all good guys to wear yellow hats and all the bad guys to wear red hats, as my friend sarcastically remarked?

It is already legal to carry concealed handguns in both state parks and forests, should someone feel the need to protect themselves. While the permitting process to carry concealed in Virginia is a joke (an online test with no hands-on training), it at least requires a background check and the weapon would be limited to a handgun.

Virginia continues its slide down a very slippery, steep slope to becoming a state where anyone is allowed to carry any  firearm everywhere.  We are beginning to look more and more like the “armed society” the gun lobby is striving for.