If you’re not familiar with dirty Canadian tar sands, let me give you a quick rundown of the process & where things stand right now:

So how are national progressive blogs reacting to the story? By cashing in.

DailyKos sold its top-of-page banner and its wallpaper to TransCanada today: Talking Points Memo sold a banner, the wallpaper AND an inset ad above its top story: 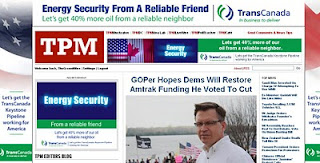 FireDogLake sold TransCanada its banner to go along with not one but three BP inset ads on its front page: 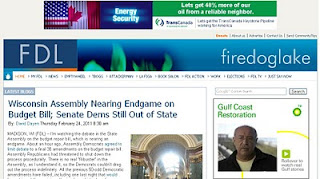 Even the Center for American Progress – a progressive nonprofit – has a BP inset ad on ThinkProgress.org: 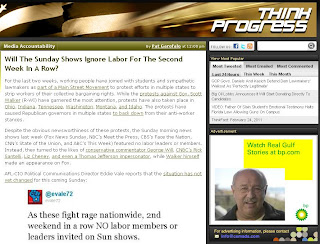 Worth mentioning that Huffington Post right now doesn’t have any ads from TransCanada or BP. If you see any other TransCanada ads on progressive blogs I’ve missed, email me.

As a friend told me today, “When you’re spending $11 billion on a house, loose change can buy a lot of wallpaper.” What I don’t understand is why progressive blogs think it’s OK to cash checks from people who make their money by destroying our air, water & wildlife.

Before your blood stops boiling, be sure to ask the Obama administration to say no to tar sands.