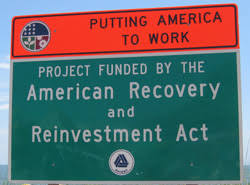 Even given how lockstep and hyper-partisan the Republicans are, I’m a bit surprised at how little criticism Gov. Bob McDonnell has received from his “base” for his recently-passed transportation plan. Why am I surprised, even a little bit? Because the plan’s a classic example of Keynesian, “stimulus,”  borrow-and-spend economics, — one that Barack Obama, Nancy Pelosi, Harry Reid (or any good liberal) would all probably love. In fact, as Jeff Schapiro points out, Democratic State Senate Majority Leader Dick Saslaw embraced this “debt-dependent” plan, ensuring its passage. So where’s the outrage (“stop the spending!!!”) from conservative bloggers and activists? Cue the sound of crickets chirping…

Meanwhile, a new report demonstrates exactly why countercyclical, Keynesian, spend-now-pay-later “stimulus” can make sense from an economics perspective, particularly in a recession and/or when interest rates are running low.

Virginia Gov. Bob McDonnell’s $4 billion transportation plan would pump about $13 billion into the state’s economy and create more than 100,000 jobs over the next six years, according to a report prepared for the state’s Department of Transportation.

The $4 billion plan comes mostly from borrowing — accelerating already approved state bonds and issuing about $1 billion in federally backed bonds. The report estimates that construction spending would total $7.2 billion after adding money that could be leveraged through public-private partnerships and leaving out money for previously committed projects.

Needless to say, this is almost identical, conceptually, to the American Recovery and Reinvestment Act spending on “shovel ready projects,” all paid for by borrowed money. A plan, by the way, which has worked almost exactly as it was intended (actually, most economists believe it should have been much larger). But why do Tea Party and conservative activists consider this a bad thing at the federal level – passed, as it was, by a Democratic Congress and Democratic president, with no Republican support – yet aren’t complaining at the state level when the exact same thing is done here in Virginia, by a Republican governor?  Read those last four words; there’s your answer.