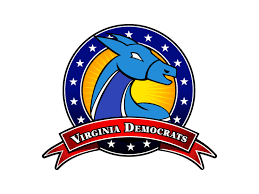 The title of this diary is in response to a post by Hokie Guru, entitled, “I’ve left the Virginia Democratic Party…”  I agree with a number of the points made in Hokie Guru’s diary and disagree with others. Really, though, the individual points are not nearly as important as the overall issue here: that many people undoubtedly are seeing these same problems, that many – the question is how many, exactly – are getting frustrated/angry/disgusted, and that some (again, how many?) are choosing to abandon, or scale back their involvement with, the Virginia Democratic Party.  To the extent that this is happening, it’s likely that most people are doing it quietly, without writing a blog post or making a public fuss about it. But that doesn’t make it any less real.

Evidence of this phenomenon? Recall that Creigh Deeds received about 200,000 fewer votes in 2009 than either Mark Warner in 2001 or Tim Kaine in 2005. Deeds’ problem wasn’t just Obama ’08 voters who didn’t come back in ’09, it was established Democratic off-year voters (ones who voted for Warner and Kaine) who didn’t show up at all, because they were not given any good reason to do so.

Anyway, with that brief intro, here are the main problems with the Virginia Democratic Party, as I see them, and also why I’m NOT leaving this party no matter what.

1. Nothing I’ve seen in the past few months has changed my mind that the election of Brian Moran as chair of the Democratic Party of Virginia was a HUGE mistake. As I wrote to a Virginia Democratic friend of mine this morning:

Meanwhile, when was the last time we heard a peep from DPVA? Are they on permanent vacation? Seriously, what’s going on over there?  Where’s the 24/7, sustained narrative FOR Dems and AGAINST Republicans we should be getting? I mean, I’ll receive a sporadic press release, maybe an average of 1 ever couple weeks or so, but that’s about it. Nothing that would come anywhere close to cohering into a powerful, political narrative….What I’m seriously wondering is WHY is this the case?!? Incompetence?  Lack of resources?  Other?

This Chairman has neither the time nor the inclination to do anything other than part-time, sporadic sparring on issues. In addition, he lacks the intellectual ability to understand, develop, or implement a sustained narrative. Finally, every single one of his buddies/patrons – Warner, Saslaw, Armstrong, etc. – completely disagree that it is the DPVA Chair’s role to develop or have such a sustained narrative.

That about sums it up right there. Complete narrative/messaging FAIL.

Just as bad — potentially disastrous, actually – is this: when was the last time you heard about any recruiting successes by DPVA for the crucial General Assembly elections being held this year? I mean, I see notices for Republican candidates all the time, but I haven’t seen one for a Democratic candidate in ages. What the heck is THAT all about? Didn’t Brian Moran pledge to recruit a candidate in every district? Are we even close to achieving that? If not, why not? (Could it have something to do with the fact that Brian Moran has a busy, full-time “day job”? We won’t even get into how unethical and awful that “day job” is, lobbying and flacking for the scumbag for-profit “education” industry. Ugh.)

2. Many of the top Democratic Party “leaders” in this state continue to be insular, arrogant, top down, out of touch, scornful of progressive activists (grassroots, netroots, whatever), pro-corporate to a large extent, cozy with lobbyists, and lukewarm at best on energy/enviro issues. I could list numerous examples, such as events like this one, or Dick Saslaw’s infamous car title lending bill (see here for more), or the many awful (e.g., anti-environmental, anti-progressive in every other way) bills pushed for and/or supported by DINO/conservadem “leader” Ward Armstrong in the House of Delegates. There’s also Dick Saslaw and Company’s heavy-handed efforts to make redistricting all about protecting the incumbents they like, punishing the ones they don’t like, and ensuring they get the pliable people they want into any vacant seats (see the 31st Senate District for the classic case). It’s truly abysmal; why would any normal person watching this garbage get excited about Virginia Democrats? Yeah, they don’t like the Teapublicans, but what does the Blue Team have to offer exactly?!?

3. There are numerous systemic, structural, ideological, and other issues within the Democratic Party of Virginia that go way beyond a failed gubernatorial campaign or particular personalities. What I worry about far more than Deeds’ loss in 2009 is that, since then, there’s been no serious effort to understand what happened, other than a fairly comprehensive, grassroots “After Action Report” written by yours truly — and totally ignored by the “powers that be,” in their undoubtedly infinite wisdom. There’s also been no real accountability for those who presided over or participated in the debacle; no heads rolled; people were rewarded and applauded for their failings; incompetence was promoted; etc. What kind of message does THAT send?

Given all this discontent, the question then arises, why am I NOT planning to leave the Virginia Democratic Party? First off, just from a technical point of view, given that we don’t register by party in Virginia, and given that there are no other membership criteria, there’s really no way for me to “leave” the Democratic Party even if I wanted to do so.

Most importantly, I’ve been a loyal, committed Democrat for nearly 30 years now. Yes, I’m frustrated, exasperated, and even angry with my party in many ways, but the key words in there are “my party.” Actually, make that “OUR party,” because whatever screwed-up leadership and betrayal of progressive principles we’ve got right now in Virginia, the powerful progressive ideals and values of the Democratic Party are stronger than those folks and will live on long after they’re gone and forgotten.

Today, with so many problems – economic, environmental, social, political – facing our great nation, how can we give up on the only political party that offers any serious hope for bettering our lives and America’s future? How can we abandon the only party that at least generally works to protect the environment, put our country on the right course for the future, protect civil rights and civil liberties, defend a woman’s right to control her own body, base policy in science and empirical information, and not “take us back” to the 1800s or the Robber Baron era or whatever? Answer: we can’t abandon that party, no matter how disgusted we get with it, as long as the only serious alternative is a Republican Party that’s gone off the far-right-wing deep end in recent years. Thats simply not acceptable.

The bottom line is this: the Democratic Party of Virginia is not Brian Moran’s party or Dick Saslaw’s party or Ward Armstrong’s party. It is our party — all of us. They don’t own it; we do! Which is why there’s absolutely no reason that we – real progressives, people who believe in fighting for the people versus the powerful, etc. – should be the ones who feel compelled to leave our party. Instead, here’s a better idea: how about we all encourage the ones who are screwing things up and betraying our values to leave the Democratic Party of Virginia? That makes a lot more sense to me.