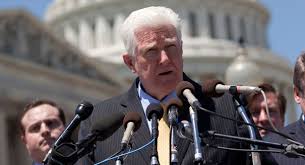 I’m much more with Jim Moran on the Libya operation (see Moran’s statement below) than I am with Jim Webb. Fascinating how things work out, isn’t it?

I congratulate the President, and those I understand advocated for action, including Secretary Clinton, Susan Rice and Samantha Power, for understanding how important it is to be on the right side of history and to show the Islamic world, whether on the street or in the palaces, that the U.S. will always stand for freedom, justice and democracy.

This was not a unilateral action. The U.S. led a diplomatic effort securing support from the UN, the Arab League and European Leaders, both in word and in action. Gaddafi clearly has no qualms with killing his own people to maintain personal control over a nation that has been oppressed for too long. The coalition’s actions are justified on humanitarian grounds alone, but the geo-political benefits from this principled action to defend human rights will likely be felt for generations to come.