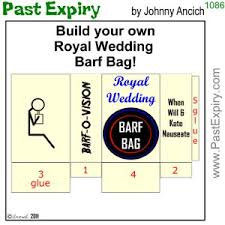 Remember the millions of dollars, hundreds of staff and hours of coverage spent on a wedding in London when crises around the globe and here at home festered. Remember the unseemly pas de deux between the press and a reality TV show huckster peddling racially-fraught falsehoods, as both interviewers and the interviewee seek a bump in ratings.

And then please take a moment to remember the eight American soldiers and one contractor killed by an Afghan soldier at the Kabul airport in a war too easily forgotten. Remember the hundreds likely being killed in Syria and Libya, not to mention the death and unrest plaguing countries like the Ivory Coast, which almost never earn more than a mention on our most-watched newscasts.  (Dan Rather, Huffington Post, 4/28/11)

As I consider the news that yesterday’s royal wedding party at the Lyric Theater in Blacksburg drew nearly 400 people to watch the event transmitted “live” on the big screen, the words of Dan Rather trouble.  A sold-out crowd bought tickets to show up at 5 AM (!$#!). They ate wedding cake, sipped tea and partied early in the morning before most of us were out of bed.  Many wore wacky “wedding” attire to compete for a prize.  Rumor has it that even the mayor came in costume.  About now, some of you will tell me that I do not know how to have any fun.  And I freely admit I do not get such “fun” things as the Red Hat Society.  So, of course, I will not get this.  And yet, here is the thing: Outside of the April 16th vigils, we have not been able to rally that many people for anything since 2003, when 500 people turned out in the rain to rally against the war in Iraq.  This supposedly energized town with about 28,000 students and all the employees to support them cannot stay engaged with the world for long-except yesterday and for football and basketball games.  And, though I did not coin the term, I call that beer and circus, not engagement with the world.

But this week a full house watched  the wedding event at the same hour of the early morning when, on many election days, my husband and I used to set up at the polls (to be partisan greeters and poll watchers).  Where were all these people?  While I was a district chair, we had difficulty filling the early morning shifts.

And therein is what we are up against here in this town and many, many others. Still, our community (incl me) was alive during the effort to elect President Obama to his first term.  That is precisely why Republicans are targeting academics along with teachers from K-12. But, ordinarily, it is impossible to build sufficient momentum here and it is also impossible to retain supporters from defection the first moment the media proclaims one candidate or the other is “finished.”  I know this from experience.

This is what we are up against as we try to fact check the budget fight, the battle to avoid default on the nation’s debts, and more.  as we try to mobilize people to fight the Republican House’s efforts to destroy the social compact Americans of all ages have with one another, few are listening because they are immersed in (or force-fed) the royals and The Donald’s (and Sarah Palin before him) latest demonstration of his incipient racism.  Last night instead of Ed Schultz we got the wedding replay. Today we still get the wedding.

America’s fascination with royalty is troublesome not just because it distracts, but because it speaks also to how vulnerable is our population to voting for dynasties.  (Are you getting where I am going with this?)

Will it be long before some folks say that Jeb “has to run.”  News Flash: It’s already happened. Please take the time to read Dan Rather’s commentary linked above.  It suggests that we must address media reform before any sufficient change will ever occur.  It indicates what we are up against as we try to survive in the face of imposed Freidman-omics.  The lapdog media has inhaled this stuff and it won’t let up until we make it stop, until we stop watching things like the royal wedding.  Money talks and we still have the power to turn off the dial and rebuff our friends who can’t get enough of the “royals.”  The celebration of dynasty is our enemy.  It has been since the founding of this nation.

[Disclaimer: Besides two articles criticism the media wedding frenzy, I did click on a story about the wedding.  But I did not watch the event.  And I am proud to say I did not.]