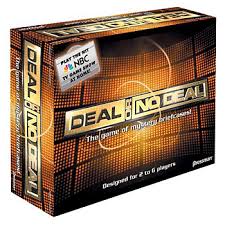 It’s 10:30 pm on Friday, and there are all kind of rumors and stories being bandied (and tweeted) about. For instance, I just saw the following tweets from Jon Allen of Politico:

“Boehner to House GOP: ‘This is the best deal we could get out of them.'”

“Boehner: Shutdown to be averted with 5 to 6 day stopgap cutting [$3] billion.”

Also, USA Today reports, “The Associated Press, National Journal, The Washington Post and Politico are among the news organizations reporting that a tentative budget deal is in the works.”

Anyway, the excitement is just to much for me (snark), so I’m calling it a day. Feel free to use this as an open thread on the possible shutdown or budget deal. Enjoy!

UPDATE: Here’s President Obama’s statement on the budget deal cut late last night. From what I’ve seen so far – and I still need to look at the details – I’m not thrilled about this deal. First, from an economics point of view, it makes no sense to cut spending when the economy is weak and needs a Keynesian boost. Second, these cuts have nothing whatsoever to do with the long-term, structural deficit, which is overwhelmingly being driven by the Bush tax cuts ($4 trillion a decade), the ongoing wars in Afghanistan and Iraq (trillions of dollars, total), and rising health care costs (which is why we need a public option or, even better, “single payer,” plus many other reforms to our health care system). Finally, I don’t like the process by which this deal was reached – brinksmanship by reckless Republicans and Tea Partiers, and demands that had no good public policy rationale whatsoever. That was a bad precedent to set, giving in to these bullies. Other than that, great deal! (heh) {As Brian Beutler of TPM writes, “That the focal point of policy on Capitol Hill is on what should be cut — and not when to cut, or whether cutting is even wise — illustrates just how brief the progressive moment lasted after Obama’s election in 2008. It also represents a colossal failure of government.”}