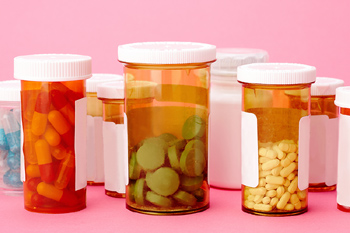 To understand why Eric Cantor is one of the most disingenuous and challenged members of Congress when it comes to ethics, look no further than his irrational opposition to a proposal from the White House allowing Medicare to negotiate lower drug rates for seniors – a change that could shave from $50 billion to $100 billion from the budget deficit.

According to an article yesterday afternoon from Politico , the proposal restores rebates paid by brand-name drug makers for the “dual eligible” population  – those seniors eligible for both Medicare and Medicaid.

This one seems like a no-brainer. Indeed, GOP opposition to the bill appears to be cracking, Politico reports.

Big Pharma, of course, opposes the change — and why shouldn’t they, as it means billions in additional revenues for the industry, courtesy of the United States government. The industry threatens that if the government takes this step to save taxpayer money at their expense, they might just take their operations overseas.

So much for caring about America and Americans.

Why, then, is Cantor is one of their most rabid defenders on Capital Hill.

(The gruesome answer is on the flip)

According to Politico, “Cantor view[s] the proposal as government-backed price controls. … yet another layer of regulatory burden from a government agency that has an increasingly heavy hand.”

Whatever the merits of that purely ideological perspective, given the budget deficit and the political consensus that something must be done to address that issue, does this make sense? Is the right of pharmaceutical companies to gouge taxpayers for as much as they can really the kind of principle for which we want our representatives in Congress going to mat? At some level, doesn’t practicality and, Hell, just pure common sense trump rigid ideology?

Of course it does.

Oh, did I mention Cantor received $168,050 in contributions in 2010 alone from the pharmaceutical industry?

This is not a case of Cantor’s Conservative ideology leading to a policy position; Rather, IMHO, this appears to be a case of Cantor cynically exploiting the legitimate Conservative beliefs of hundreds of thousands of Virginians to enable his huge contributions from the pharmaceutical industry.

Why do Conservatives tolerate this?