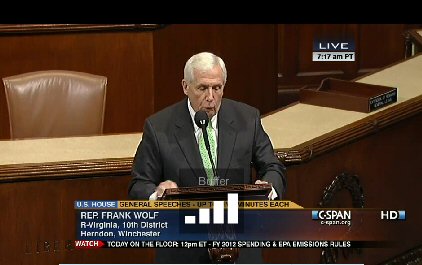 You’ve gotta love this coming from right-wingnut Frank Wolf, of all people, as he rips into the Great Grover Norquist, leader of the “drown government in the bathtub” Teapublicans, and promoter of the damaging and irresponsible anti-tax absolutist pledge. Here’s Frank Wolf speaking this morning on the floor of the U.S. House of Representatives on Grover Norquist:

As if that’s not good enough,, Wolf also ripped Norquist’s “pledge”, asking, “Have we really reached a point where one person’s demand for ideological purity is paralyzing Congress to the point that even a discussion of tax reform is viewed as breaking a no-tax pledge?”

Sadly, it would appear so, at least in today’s Teapublican Party. So, who here in Virginia has signed this utterly absurd, irresponsible, crazy/absolutist “pledge” by (according to Frank Wolf) terrorist-supporting, Abramoff money-laundering slimeball Grover Norquist? A few names jump out: Scott Rigell, Randy Forbes, Robert Hurt, Bob Goodlatte, Eric Can’tor, Morgan Griffith, Bill Bolling, Ken Kookinelli, Dave Albo, Bob Marshall, Scott Lingamfelter, and of course our old favorite “GOP attack dog” (also described by David Brock as “almost unhinged in her passion to bring down the Clintons”) Barbara Comstock. On November 8, I urge everyone to vote for these people’s Democratic opponents. After his fiery speech this morning, Frank Wolf might even agree! Heh. 😉 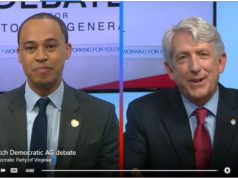