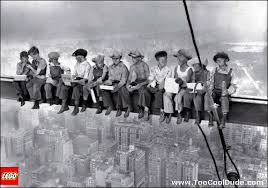 A provocative analysis on the 2012 elections by the Center for American Progress has given Republicans a new attack line which could prove deadly in Virginia in 2013 for the Democratic ticket.

In sum, the analysis by Ruy Teixeira and John Halpin, extremely well written, is being used by Republicans to claim the Obama campaign plans to “abandon white working class” voters (as a columnist for the Wall Street Journal notes,  ditto for a headline on the Fox Nation website). This story line is only just beginning. But it isn’t true you say?

No, it isn’t true. The problem is, in politics, perception is usually reality. Given the way the electorate is shaking out right now, this white working class narrative could prove irresistible for the media. At which point the perception could become “reality.”

The CAP study analyzes, in clinical detail, the realities of changing voter demographics in recent years. It suggests that the Obama campaign might be wiser to downgrade campaign efforts aimed at improving a weak 2008 showing with white working class voters, and instead concentrate on building a winning coalition rooted in a coalition of white college-educated voters and non-whites. The old Roosevelt coalition, which revived the fortunes of the party of the Confederacy, counted the white working class as among its strongest elements. Called “Reagan Democrats” after the Republican’s win in 1980, they swung back somewhat to Bill Clinton, but mainly backed Hillary Clinton in the 2008 primaries, never warming to Barack Obama as they had to other Democratic presidential winners.

The CAP report, called “The Path to 270: Demographics Versus Economics in the 2012 Presidential Election,” is almost a mandatory read for those interested not only in presidential politics but the Virginia 2013 Governor’s race.

Why? Virginia’s presidential year electorate is likely to look far different than 2013 turnout for the Governor’s race. This is what happened in 2009, when Republican Bob McDonnell led his party to an unprecedented across-the-board landslide over the Democratic ticket led by Creigh Deeds.

In effect, the 2008 Obama presidential coalition cannot be duplicated in a non-presidential year.

Accordingly, as the CAP study explains, the Obama campaign will inevitably key on the fact his core constituency turns out in greater relative percentages in a presidential year, thus reducing the white working class part of the overall national vote (although it varies state to state). But in 2013, as happened in 2009, these relative proportions figure to snap back to non-presidential normal, a big net plus for the Republicans, all other things being equal.

Bottom line: An anti-Democratic mood among white working class voters may not have the juice to derail the Obama campaign, but it could derail the Virginia Democratic gubernatorial nominee in 2013.

One reason why Virginia is a key state in 2012 is the number of college-educated voters, especially in NOVA. These folks have been trending Democratic since the 1981 Governor’s race.

LONG STORY SHORT: The Republicans are going to try and drive home the “spin,” claiming that the President and his party are no longer reliable defenders of the interests of white working Americans. In politics, perception is often reality. The reason Hillary Clinton polls so strongly is her strength among white working class voters.

Moreover, once a “story line” takes hold, the media tends to turn it into a self-fulfilling prophecy in their coverage. So the GOP has good reason to push this narrative hard. Should it take hold, it becomes lose-lose for Democrats nationally and here in Virginia. There is no way, without the intervention of some unforeseeable events, to turn the perception around by November of 2013.

The GOP will not offer any proof, for there is none — it is nothing more than an unfounded, urban legend. However, if it reaches the point where Democrats are forced to disprove a negative, then we’ve got big troubles.

That’s why Democrats in Virginia need to push back hard, starting immediately, on this GOP attack line. Otherwise, come 2013, the state ticket will be in deep trouble. Even Senator Warner, facing a mid-term electorate in 2014, could find himself in a tough re-election fight with a Republican appealing beyond the party’s base constituency. This is a scenario we should be not just aware of, but more importantly working hard to avoid.