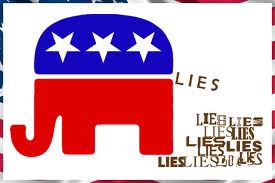 Bob McDonnell and his fellow Republicans need to check the facts before they attack President Obama for being “anti-energy.” Of course, the truth never stopped them before. Bloomberg is reporting that, “The U.S. is the closest it has been in almost 20 years to achieving energy self-sufficiency, a goal the nation has been pursuing since the 1973 Arab oil embargo.” One reason for the excellent news is the fact that auto gas mileage was 29.6 mpg last year, up from 19.9 mpg in 1978.

Domestic energy sources accounted for 81% of domestic consumption for the first 10 months of 2011, the highest level since 1992. Domestic crude oil production rose 3.6 percent last year to an average 5.7 million barrels a day, the highest since 2003, the year when Texas oil man George W. Bush was inaugurated. Bloomberg estimates that the U.S. could be completely energy independent by 2020, (four years after President Obama finishes his second term).

Further good results from increasing domestic production of energy include lower trade deficits, more jobs, and less dependence on the volatile Middle East  There are real downsides, however. Natural gas, mainly through use of “fracking” of shale deposits, has become so cheap that it is impacting the growth of solar and wind energy production. Fracking also endangers water supplies.

Those Canadians and the few Pittsylvania County people figuring they will make piles of money from uranium mining also might want to check on how the increased use of natural gas has slowed talk of adding nuclear power plants to the U.S. energy grid.