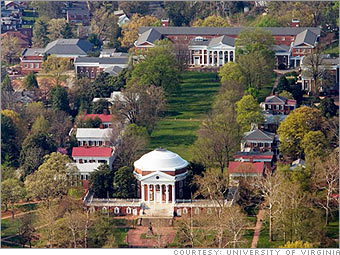 This coming Wednesday, February 15, I will be speaking at the University of Virginia. The talk will be entitled “What’s Gone Wrong in American Politics (and How It Can Be Set Right),” and will be followed with a Q&A. The event begins at 6 PM, will be over by 7:15, and will take place in Room 108 of Clark Hall on the grounds of the University in Charlottesville.

The public is invited.

If you live within reach of UVA, I hope you will attend. Wherever you live, I would appreciate your putting out the word to people you know who might be able to attend.

The fact that Charlottesville and the University of Virginia is outside of the 6th District only slightly detracts from the potential value of such a speaking opportunity. One does not have to live in a given district to be inspired to give of one’s time, creativity, or money.

No matter where one lives, one has a stake in each congressional election: decisions are made by the whole body. It may well be that someone for whom you cannot vote is the one who really “represents” you, saying what you want said, and doing what you want done. That’s certainly been my experience over the years.

And this will be my best opportunity to make my case to the students at the University and to people from the Charlottesville community that I might be such a representative for them and that my campaign – as I believe, and have been saying – represents an unusually good instrument for striking a meaningful blow in the battle to turn our present dangerous political dynamic around.

I’d be grateful for any help I can get in making this event a success— by attending and/or getting word to others who might be interested in attending.