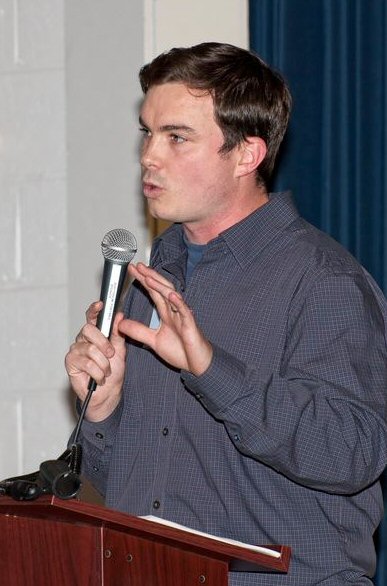 Congratulations to my friend Clark Mercer, former Alexandria Democratic Committee chair and a great guy, on being hired as DPVA Political Director! While I’ve certainly had my issues with DPVA over the past couple years, I have always wanted a strong Democratic Party here in Virginia, fighting effectively for Democratic values and against the Republicans’ assault on working people, women, voting rights, etc. Hiring smart, talented, progressive people like Clark Mercer can only help achieve that goal, and I’m very glad to see it. Excellent choice, guys! (something you don’t hear from the blogosphere very often, huh?)

Richmond, VA – The Democratic Party of Virginia today announced the addition of two experienced new staffers in the Political and Operations departments, filling vacancies on the party’s senior staff and improving the organization’s ability to serve Democratic campaigns, organizations and grassroots activists in 2012 and beyond.

“I am thrilled to announce that Ashley Roseboro has joined the staff as our new Operations Director and Clark Mercer has come aboard as the party’s new Political Director,” said DPVA Chairman Brian Moran. “Both of these gentlemen bring a wealth of talent and experience in their fields that will benefit our organization and the campaigns and causes that we serve across the Commonwealth.”

Ashley joins the DPVA from Missouri where he managed the Purchasing and Procurement department at the St. Louis County Board of Elections, served as Compliance Director for Claire McCaskill’s successful campaign for U.S. Senate, and managed several state and local races in Missouri.  Originally from Greensboro, NC Ashley has an undergraduate degree in Political Science, Vocal Performance, and Sociology from Greensboro College and a Masters’ degree in Criminal Justice from Boston University.

A native of Alexandria, Clark formerly served as the Chair of the Alexandria Democratic Committee, campaign manager to Mayor Bill Euille, a member of the city’s Parks and Recreation Commission, and co-founded the Alexandria Young Democrats. Clark served as the Deputy Policy and Research Director on Mark Warner’s 2008 Senate campaign, where he also led the campaign’s Sportsmen for Warner effort.

Most recently, Clark worked as a professional staff member on the Commission on Wartime Contracting, a Congressional commission co-sponsored by Senator Jim Webb. With family originally from the Northern Neck, Clark is an oyster enthusiast and co-owns a small oyster company based on the Eastern Shore of Virginia. Clark holds a master’s degree in public policy from the George Washington University and an undergraduate degree in American Studies from Yale University. He lives with his wife, Kelly and his son, Everett in Ashland.

P.S. I don’t know Ashley Roseboro, but good luck to him as well!