ProgressVA today wished US Senator Dick Lugar a very happy birthday and thanked him for all his work on behalf of Virginia families. A resident of McLean, VA, Senator Lugar has delivered results for Virginia voters.

We at ProgressVA so pleased he has chosen to call our fair Commonwealth home and for the numerous earmarks he’s delivered for Virginia families. While Senator Lugar may live in Northern Virginia, his record demonstrates his concern for every corner of the Commonwealth. Our slogan may be “Virginia is for lovers” but the truth is that Virginians love their 3rd Senator, Dick Lugar.

Senator Lugar has voted to approve projects of importance to regions across the Commonwealth, including:

Many more of Sen. Lugar’s Virginia projects below the fold.

Sources: Senate.gov, The Library of Congress

As the home of such illustrious patriots as George Washington, Thomas Jefferson, James Madison, James Monroe, and Patrick Henry, it’s no wonder Dick Lugar would like to join their company. On behalf of all Virginians, we’re proud to wish Dick Lugar a happy 80th birthday and thank him for his service as our 3rd Senator. 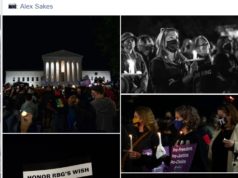