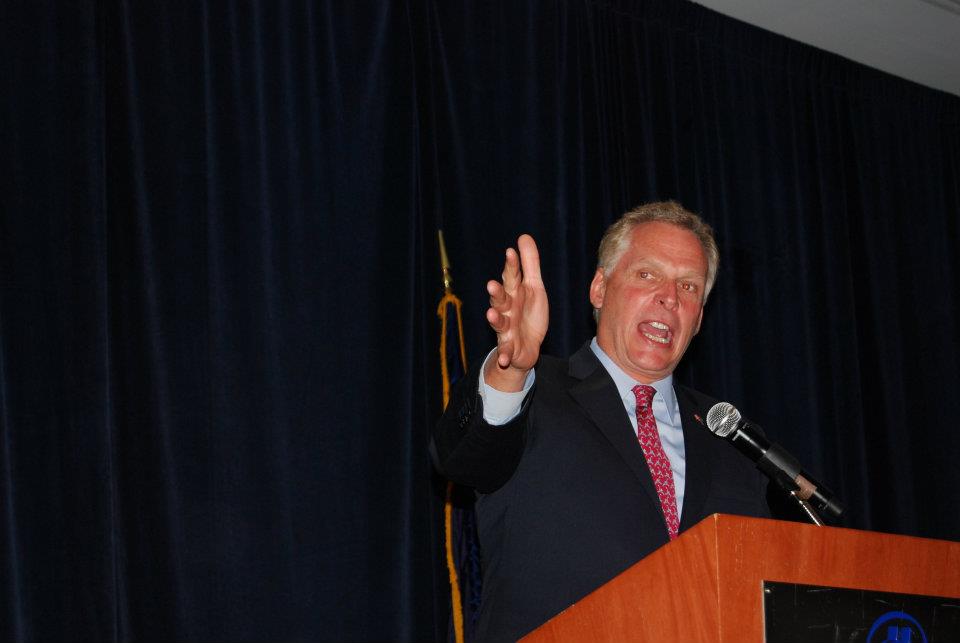 Terry McAuliffe definitely joined the race for governor yesterday, with a deft move that earns him Round One with a full 10 points on the judge’s card.

I was wondering how T-Mac would handle the shadow hanging over the race due to Senator Warner leaving open the door to a possible run himself. T-Mac needed to do something, since it is a long time between now and when Warner would have to make a go-or-no go decision.

So, T-Mac was right to move yesterday. He did it deftly in my view, since he realized the right play was not to try to find some cutesy angle.

Terry played it perfectly: he said he would run if Warner didn’t. Straight up, no ice, James Bond style. In effect, he upstaged Warner in terms of the chess board. If Warner doesn’t run, it is an implicit endorsement of Terry the way T-Mac played it.

Moreover, by playing the way he did, all the pressure is on Warner now: T-Mac gets to play at a different pace than anyone ever at this stage of a governor’s race. T-Mac gets the advantage of making it clear he is running, yet he can go at a lot more relaxed clip since all eyes are now on Warner.

I like the play. Terry has more time now to concentrate on the business of business than the business of campaigning. Campaigns are too damn long anyway. The Rent Is Too High to run for statewide office. Look at the Presidency, where you never stop running.

Terry hit it right in my view: he made a virtue out of a necessity: a simple, basic play that Vince Lombardi would have loved. It is also a high credibility play in my view, because anyone reading it says that McAuliffe is making sense, he can’t compete with Warner.

Moreover: If Warner runs, then T-Mac has basically got first call on LG if he wants it. And why not?

Round One winner: T-Mac. Round One loser: Senator Warner.

Why? Because Terry has raised the “Warner may run for Governor” to a new public level. This doesn’t help Warner in Washington, DC, and he doesn’t need it to win next year. He wanted it to stay in the background.

But the “Will Warner run?” talk was hurting Terry.  So T-Mac made the necessary and deft play.

Anyway, it’s always good to win Round One, it is a confidence builder.