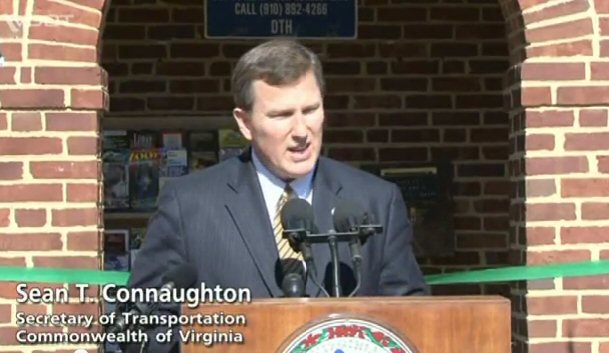 Wow, I missed the “idiots” quote in this morning’s Post. So, basically, Virginia Transportation Secretary Sean Connaughton said out loud what Bob McDonnell, Bill Bolling, Ken Kookinelli et al. most likely think – contempt for government at all levels. So, if they hate it so much, why do they want to be part of it? Uhhhh.

Richmond – Today, Secretary Connaughton was quoted by a national newspaper stating that both legislators and legislative staff are “idiots.”

“We cannot afford to lose our civility in our public discourse. These comments do not help,” said House Democratic Leader David J. Toscano (D-Charlottesville).

On more than one occasion this year, when discussing critical matters facing the Commonwealth, the rhetoric used by members of the House of Delegates and now the Governor’s administration has crossed the line. Our state, once prized for its ability to be reasonable and measured in our debate, continues to have its reputation tarnished.

It is one thing to criticize elected officials, who put themselves in the public spotlight by running for office. It is quite another thing to criticize legislative staffers who are simply trying to do the best job they can with the resources that we provide them. Every legislator understands the important role that legislative staff plays in the development of policy and day-to-day execution of legislative work from drafting bills to communication with our constituents. On behalf of the House Democratic Caucus, I would like to thank all of our dedicated public servants for their hard work on our behalf.

It is my hope that Secretary Connaughton will join me in thanking these valued civil servants for all the work they do to make this Commonwealth a better place to live.

As a representative of Governor McDonnell, we all expect more from him.