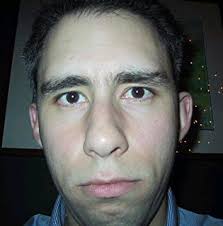 Check out the email former Virginia Delegate and former RPV Chair Jeff Frederick just sent out, endorsing Tea Partier Jamie Radtke for the Teapublican U.S. Senate nomination from Virginia. Birds of a feather flock together and all that. To read about a few of Jeff Frederick's more amusing antics, see here (in which he denounces Charles Darwin), here, here, here, here, and here.

By the way, despite being wacky, Frederick's actually correct about George Allen's record, as far as I can determine. Why Republicans would want to nominate that loser is beyond me.

I hope and trust you have been well. It’s hard to believe, but it’s June already.

I’m not sure if you are planning on voting in the Republican U.S. Senate primary here in Virginia on Tuesday, June 12, but some folks have asked for my thoughts on that contest, and so I figured I’d share them with you also.

As you may know, there are four candidates running. I know them all well and have worked with them to varying degrees.

One of those candidates has held this position before. His record in the U.S. Senate includes voting for $3.1 trillion in new national debt; four increases to the debt ceiling; a 46% increase in federal spending; 40,000 earmarks; his own salary increase; and voted against Fannie Mae/Freddie Mac reform – among a long list of other things during his 6 years in the Senate.

Is that the kind of record you want representing you and your family in the United States Senate? Not me.

We hear a lot about the problems in Washington, and as you know, both Democrats and Republicans have been part of those problems. There are enough career politicians in Congress representing the Party establishment and political elites – we need someone there representing us – hard working Virginia families who are more concerned about their children’s future than one’s own political future.

I believe that person is Jamie Radtke. Right now, she holds the best title one could have: “mom”. She has a successful track record in private enterprise, non-profits, and community leadership. But most importantly, Jamie is also a solid constitutional conservative who isn’t afraid to take on the political establishment of any party. She will make a fantastic citizen legislator in a body where there are few, and she’ll be someone we can count on to fight for us – without regard for what might be politically advantageous.

Washington must learn to live within its constitutional and legal limits, and within its financial means – just like families and small businesses must do day in and day out (who actually fund Washington). Jamie will be a strong advocate for these principles, and Amy and I are proud to support her campaign.

And, Jamie’s got some great ideas. To name one: her “Two Cents” proposal. Jamie shares my view that if we don’t deal with spending, nothing else matters. Simply described, if you freeze spending at current levels and cut two cents off of every federal dollar spent, you can balance the budget in five years, while keeping the economy stable. PoliFact recently said those claims are true – that her plan would work just as described.

The other two people in the race are good men with the best of intentions, and could likewise be a breath of fresh air in Washington.

Yet, with respect to fighting the status quo and getting our nation’s fiscal house in order (my top concern), I think Jamie is the best candidate to fight those battles on behalf of my family and all Virginians.

I hope you’ll join us in supporting Jamie Radtke on June 12.

P.S. You can learn more about Jamie at her website: www.radtkeforsenate.com.