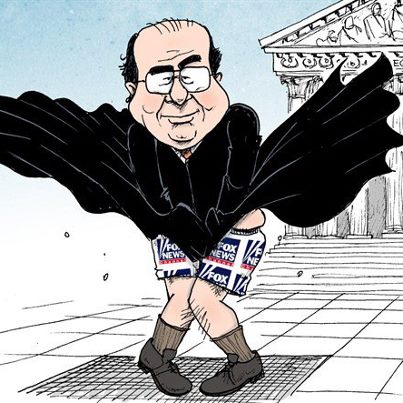 Here are a few Virginia news headlines, political and otherwise, for Thursday, June 28. Today, the ExxonMobil/Koch Industries Supreme Court© will rule on what has misleadingly come to be known as “Obamacare.” Given the fact that at least 4 of the Justices are right-wing political hacks, is anyone optimistic about their ruling in what SHOULD be (based on decades of precedent, aka “stare decisis”) a slam-dunk, 9-0 vote to uphold the law (almost identical to the Republican health care bill of 1993 and “Romneycare”), the individual mandate (a conservative Republican idea to begin with), etc.? Of course, if the Congress had just passed Medicare for All (or the equivalent) or imposed a “tax” instead of a “mandate,” we wouldn’t be having this problem at all. Frustrating on so many levels.

*And The Predictions Roll In…

*What Thursday’s Verdict Will Settle-and What It Won’t (“If the Court upholds the entire law, as I hope it does and remain convinced it might, liberals be relieved. But the proper response to any verdict ought to be renewed determination. Making sure every American can get basic, affordable medical care has been a progressive cause for roughly a century. That won’t change after Thursday, no matter what the justices say. “)

*Justice Scalia’s discredit to the court

*After Years of False Hopes, Signs of a Turn in Housing (“Roughly six years after the housing market began its longest and deepest slide since the Great Depression, home sales and an increase in sales prices indicate that the market is recovering.”)

*Full impact of U.Va. crisis not yet known

*McDonnell hints of being vetted for VP (“Virginia governor, now campaigning with Romney, cited in handicapping”)

*Bob’s mess: ‘Please stop,’ Governor McDonnell urges alumni, faculty, legislators (“As many of you know, no major decision of this kind can be made at Virginia without the support and assent of the Governor. -Peter Kiernan”)

*AG Cuccinelli to weigh in on health care ruling (I can’t wait for Kookinelli’s deep thoughts on this! Uh, not.)

*George Allen buys fall TV time (This fall’s going to be a nightmare when it comes to TV ads. I strongly recommend that everyone turn off their TVs starting on Labor Day weekend and keep them off through election day! Only half kidding…)