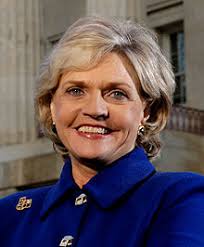 This is big. NC Governor Bev Perdue has again taken on the state’s TeaPublicans. A pro-fracking bill to allow the process without any protections whatsoever goes down with today’s veto by Perdue of the state’s entry into fracking, currently prohibited by state law. The Tea/Big Oil/Gas  Republicans pushed the bill to the Governor’s desk.

They did so despite environmental concerns, despite the proximity of a huge reservoir for drinking water serving populous Central North Carolina, despite that industry hacks would oversee the state’s entry into fracking, and despite an absence of any protections whatsover written in the law. They did so despite the proximity of a nuclear facility housing a nuclear power facility and the nations largest repository for spent fuel rods.  An earthquake near the Sharon Harris plant could be disastrous.

Perdue was not satisfied that drinking water, landowners, municipal and county governments and health and safety were protected in the bill. And she demanded that the General Assembly put such protections in the bill for her to sign it. So, unfortunately, Governor Perdue doesn’t totally oppose fracking.