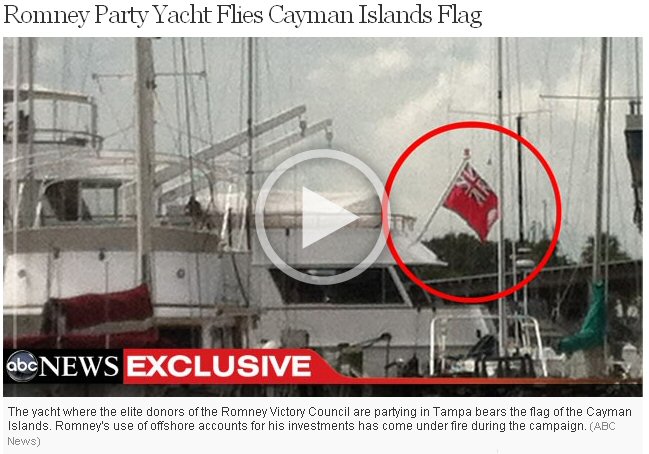 At this point, given how slimy Republicans have shown themselves to be, my reaction to this ABC News story isn’t so much shock or even outrage (I’m almost beyond that at this point, these people are so horrible), but surprise that they slipped up and allowed themselves to get caught. Is this the visual they wanted, of top Romney donors and supporters, including our own fine governor Bob McDonnell, partying on a Cayman Islands-flagged yacht, the “Cracker Bay?” Probably not, but these people are so brazen in their lies, including why Romney has stashed boatloads of his money in the Caymans, I’m sure before long they’ll have blamed this on (pick one or more) the media (for being there and doing its job), the Democrats (just because), the government (again, no logic, but why not?), etc. One thing’s for sure: these people will certainly never take responsibility for their own actions, unless the voters force them to do so, starting this November 6.