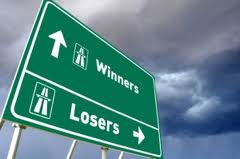 As I wrote last year, George Allen’s biggest opponent this year would be the uncanny luck that Tim Kaine seems to have when running for office. When a guy with real talent also invariably has campaign luck, he is a very hard person to defeat. As Professor Rozell and I predicted last June to much derision, Romney was going to take a Catholic running mate. Of all those on the list, Paul Ryan figured to be by far the best for Tim Kaine. Had Romney chosen Governor McDonnell – clearly the best “do no harm” pick – it would have been a considerable plus for Allen. Had Romney gone with Governor Christie, that could have been a bigger plus, since the New Jersey governor has a certain persona that could easily have caught on. McDonnell and Christie both were “outsider” picks, never having served on Capitol Hill. Right now, the most unpopular people in American politics are GOP House members, especially in the critical area of NOVA.

The AG wants to be the next Governor of Virginia. So does Lt. Governor Bill Bolling. This means Mr. Cuccinelli has mixed political emotions about Romney winning, since that will surely mean a cabinet position for Governor McDonnell, in turn elevating Bolling to Governor. History says a Cuccinelli intraparty challenge to a sitting GOP Governor is a fool’s mission: you either lose the nomination or your victory so badly fractures the Republican coalition that it guarantees a Democratic victory.

On the first stop in Virginia after the announcement of Ryan’s selection, Mr. Romney made his preference for Mr. Bolling – head of the former Governor’s campaign in Virginia – crystal clear to all Republicans. To be sure, the GOP presidential nominee “walked back” the comment, but no one believed it. This frees Mr. Cuccinelli to do as little as possible to help Mr. Romney. The same for his political allies. How much could they have helped? I don’t know. But whatever the potential plus, it is now eliminated.

Bolling is “all in” for Romney. If Romney loses, Bolling has no chance of being nominated for Governor under anything resembling normal political circumstances.

T-Mac figures to do better running against Cuccinelli than Governor Bolling.

If he had run on a losing Romney/McDonnell ticket, the VA Governor would have been through as an elected politician. But now, he has the best of both worlds. He will get a cabinet post if they somehow manage to win. If they lose, the pundits will say that McDonnell would have been a better choice, thus putting him on the contender list for 2016. It also means McDonnell will work more closely with the Obama Administration on various issues, as this is the smart play for his last year in the Governor’s Mansion.

There is now no reason for McDonnell to run against Warner in 2014. He will either be in the cabinet, or thinking about a run for the White House in 2016.

Either way the presidential election goes, the Ryan pick is a big plus. If the GOP duo wins, they will energize the Democratic base in 2013, as Republicans try to impose the Romney/Ryan budget plan. If they lose, Democrats will have two popular statewide figures who understand how to win the Governorship – Warner and Kaine – ready to help. Moreover, unlike 2009, Warner will be far more invested, since he doesn’t want a new GOP Governor recruiting a candidate to run against him in 2014.

Ryan was a rival of Cantor for Speaker of the House, or head of the Republicans in the House. Now, Ryan will either be the Vice President, or a defeated candidate for the job blamed for the party’s defeat. Either way, he will be removed as a Cantor rival.

We were the only ones in the country to write an article for a respected publication explaining why Romney would definitely choose a Catholic running mate. This violated the new rules for political commentators, since it was not only based on logic, it was not only publishable quality, but it turns out we were right. That’s a real no-no in Virginia. Today’s commentators have: (1) never actually run a successful, much less noteworthy campaign; (2) never made a prediction that is different than the conventional wisdom; and (3) never say anything which makes them accountable.

So in that regard, we stand out among the others in the noise machine. We are also on record since last August with a national article and national TV appearance explaining why Romney can not win in 2012 based on an analysis of the 150-year history of the two-party system.

For actually having the audacity to take a firm opinion based on fact – and refusing to join the noise machine – our being right about Ryan makes us the big loser.

2. Virginia’s Hopes For a National Candidate

State residents Newt Gingrich gave it run for President, and Governor McDonnell for Vice President. They both lost. Tim Kaine just missed being tapped for VP in 2008, and Mark Warner had to drop out of the 2008 run for President. And yes, I almost forgot: former Virginia Governor Jim Gilmore ran for President. But was that in 2008 or this year? I can’t recall. Either way, he never made it to Iowa. In the history of the modern two party system, no Virginian has ever made it onto a national ticket. Former Senator Harry Byrd won a handful of electoral votes as a protest candidate. But in terms of being a serious player in a presidential election, it is a 150-year drought.

3. Virginia May No Longer Be A Key Swing State

Choosing Ryan of Wisconsin over McDonnell of Virginia might indicate that Republicans believe they might not be able to win Virginia. The states are close in electoral votes and both were carried by the President in 2008. By winning Wisconsin and neighboring Iowa, Romney would make up for losing Virginia.

As the Chinese say, don’t wish for something, you might get it. The Ryan selection puts them in a no-win position. If Romney/Ryan win, they will have to back Bill Bolling for Governor, who the polls say they don’t want. If the duo loses, then the President is re-elected, something they don’t want either. Lose-lose as I see it.

If they are right about Ryan, then this means their Darth Vader – Ken Cuccinelli – will be the GOP gubernatorial nominee with a Democrat in the White House. This equation has led to Republicans winning every time since 1977. If they are wrong about Ryan, they get a Republican President and they won’t much care who is the Governor. Lose-lose as I see it.