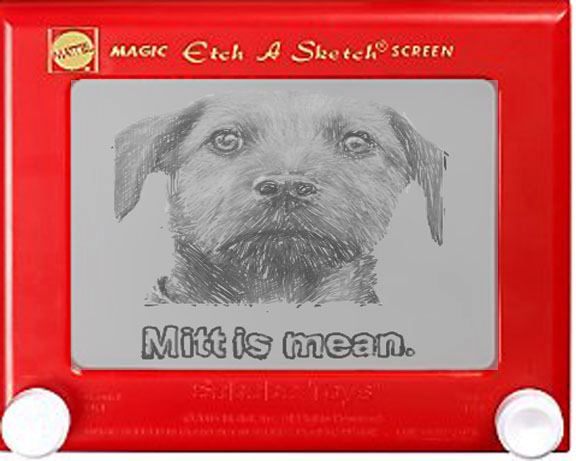 Poor Mitt Romney. Now, the first hurricane to threaten the U.S. mainland this year heads to the Gulf of Mexico and shortens the GOP convention by one day. Flights into Florida have been cancelled. Republicans struggle to get to Tampa to crown their guy. If this somehow happened in Charlotte, Pat Robertson would be raging about how it was God’s judgment on the homo-loving, baby-killing, feminazi Democrat agents of the Devil. But, since it’s the GOP, I guess Pat will say God decided to use the Republicans to bring rain to the parched United States.

Poor Mitt’s problems just keep piling up. He took a trip to Europe not so long ago, hoping to duplicate Barack Obama’s wildly successful overseas trip four years ago. That sure didn’t turn out as planned. It takes a whole lot of obtuseness and diplomatic foot-in-mouth-disease to make the British seethingly angry on the eve of their Olympic extravaganza, but Mitt managed it.

As Romney tried to refocus his campaign on the eonomy after his selection of Paul Ryan as a running mate made Ryan’s draconian budget and its phony math the talk of the news for days, the crazy uncle the Missouri Republicans keep in their closet, Todd Akin, created a new mess with his parsing of “legitimate rape” and his bogus claims that women have “magic uteruses” that can keep a rapist’s sperm from impregnating them.

Then, Virginia’s very own Bob McDonnell reinforced the GOP war-on-women by telling a news reporter that rape and incest were “details” for the states to work out if the United States adopted the Republican platform’s idea of applying the 14th Amendment guarantees to a fertilized egg. Now, I realize that Bob McDonnell went to Pat Robertson’s “law school” and may be lacking in legal expertise, but even he should see that declaring an egg still in the fallopian tube a “person” means it can’t be deprived of – I quote the 14th Amendment here-  “life, liberty, or property.” Not much room there for “details.”

The men in the Republican Party who hate what they call the overreach of government in their business and their gun-toting are adamant about the need for the government to control every bodily function of women.

Because Willard “Mitt” Romney has etch-a-sketched himself into a parody of who he used to be, he deserves all the misfortune hitting his campaign. His father George Romney, with far more integrity than his son, had the moral courage to walk out of the 1964 GOP convention to protest the extremism of Barry Goldwater. And, after George Romney served in the cabinet of Richard Nixon, he reportedly told a fellow Republican, “I don’t know what the president [Nixon] believes in. Maybe he doesn’t believe in anything.”

Sadly, George Romney could say the same thing about his son. I sure don’t know what Romney stands for. That Etch-a-Sketch has been shaken once too often for that.