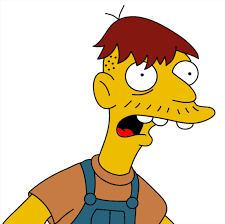 The Washington Post is out with an editorial ridiculing George Allen for his supposed “gotcha” against Tim Kaine regarding the “47 percent” in last Thursday’s televised U.S. Senate debate. According to the post, this is at worst a “nano-gaffe,” a “supposed blunder,” but actually far more telling – and NOT in a good way! – about George Allen and the Republicans.

First, there’s the outrageous, galling Republican hypocrisy on this one (I know, I know…what ELSE is new?!?). As the Post points out, when Michele Bachmann was running for president her “embrace of a minimum federal income tax passed with little response from Republicans.”

Second, of course, there’s the utter internal illogic of Republicans on this one. Thus, we had the Republican presidential nominee, Mitt Romney, disparaging the 47% who don’t pay federal income taxes as “dependent on government,” people who see themselves as “victims,” people who feel “entitled” to a variety of government benefits, blah blah blah. By that “logic,” of course, Romney’s clearly arguing that the 47% SHOULD pay federal income taxes, just as crazy Michele Bachmann was arguing. But then, the mere hint of willingness to even consider such an idea by a Democrat sends George Allen – who, by the way, refused to condemn Romney’s arrogant, outrageous, clueless comments about the 47% – into a paroxysm of outrage (OUTRAGE I tell you!). I guess, as usual, it’s always OK if you’re a Republican, but never ok if you’re a Democrat, at least with characters like George Allen.

Third, of course, is the fact that Tim Kaine has never advocated slapping an income tax on the 47% who currently don’t pay income taxes. What happened was that, in a debate, moderator David Gregory asked a trying-to-be-clever question, and Kaine answered it in a non-politician way (a good thing in a human being, a bad thing in a politician perhaps), saying he wouldn’t a priori rule it out, but that he had his own plan to avoid sequestration and deal with the long-term debt problem, while Allen clearly does not. Basically, this was an extremely minor part of the debate (which Kaine won overwhelmingly on substance and style), one hypothetical, musing response to a hypothetical, musing question in an hour. Who cares, right? Except, for whatever reason, the corporate media tried to make this into a “story,” since they clearly must make everything into a story, even where none exists. That’s more a commentary on the idiocy of the media than anything else.

Fourth, and really the point of this diary, is this: it turns out most other advanced, industrialized countries, including all those supposedly “socialist,” aka “progressive” countries in Europe, plus Canada, Japan, Australia, New Zealand, and many others, require ALL (or the vast majority of) their citizens to pay at least some income tax. Of course, these countries also have highly progressive tax systems, in which the lowest income people pay relatively low rates, while the highest income people pay much higher rates. For instance, in Canada, people pay 15% of federal income tax on the first $42,707 of taxable income,  while people making more than $132,406 pay at a 29% rate. In England, everyone pays at least SOME income tax, again in a steeply progressive tax system. And it’s basically the same deal in Japan, France, Germany, and Italy. So, for those on the left who have criticized Kaine for his comments in the debate, I’d point out that the most progressive countries in the world overwhelmingly levy income tax on all their citizens, albeit in a steeply progressive system that comes with tremendous benefits as well.

Bottom line: this was, and will continue to be, a nonsensical, inane non-issue in terms of a “gotcha” of Tim Kaine, let alone by someone as fundamentally, laughably un-serious as George Allen. Having said that, the question of whether everyone in the country should pay at least some income tax could be a real issue if we were ever to have a serious debate on tax policy in this country. But that’s certainly not what happened in the Kaine-Allen debate the other day, and it certainly never will happen as long as someone of Allen’s low intellectual level is the Republican candidate. I mean, does Allen even know or care about any of the facts listed above? Maybe if we expressed those facts in terms of a brain-dead football metaphor, but even then…doubtful. Next topic!