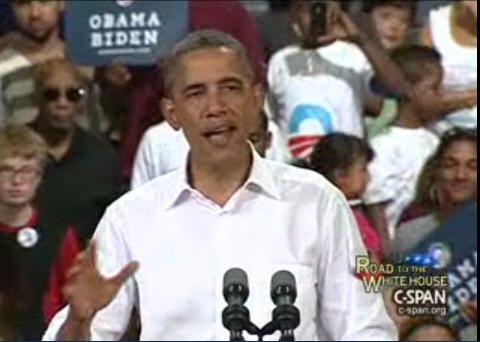 Great news from PPP, which nailed Virginia in 2008.

A new Public Policy Polling survey in Virginia, conducted on behalf of Health Care for America Now, finds Barack Obama expanding his lead in the aftermath of his debate victory Monday night. He now has 51% to 46% for Mitt Romney, up from a 49/47 advantage last weekend.

Now, let’s all get back to working our butts off the next 12 days so that Barack Obama carries Virginia once again, and is reelected for four more years. G’Obama!

P.S. Poll results like this one make me VERY happy that the Allen folks have returned to their “strategy” (using the word very loosely) of tying Tim Kaine to Barack Obama. Hey, it works for me! 🙂

A Few Things to Watch For in VA07 on Tuesday Night…

A Few Things to Watch For in VA02 on Tuesday Night…