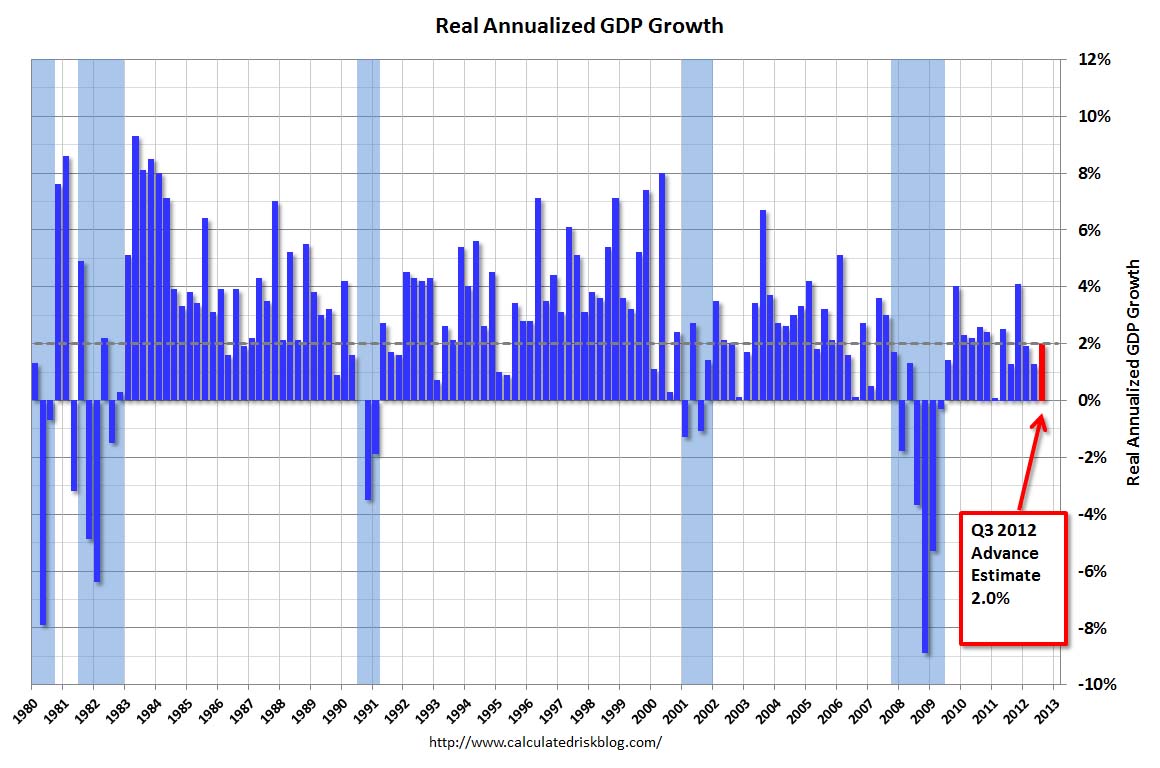 Gross domestic product, the broadest measure of the nation’s economic health, grew at an annual rate of 2% from July to September, the Commerce Department said Friday, faster than the 1.3% in the second quarter.

So, let’s review: with Republicans hell bent on making Obama “fail,” unemployment is down, 5 million private sector jobs have been created in the last 30+ months, the auto industry’s alive and well, the housing market’s bouncing back, Al Qaeda is decimated/bin Laden is dead, health care coverage has been expanded for tens of millions of Americans, “Don’t Ask Don’t Tell” has been ended (good riddance!), the Lilly Ledbetter Fair Pay Act for Women has been signed, Great Depression II has been averted, Wall Street reforms have been put in place/the financial sector has been saved from ruin, cancer has been cured… Oh wait, the last one isn’t true, so definitely don’t vote for Obama. Ha. 🙂