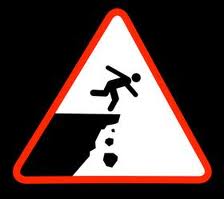 There’s a new meme floating around that Republicans freed the slaves shortly before the Civil War ended, so therefore modern Republicans deserve the credit. A recent blog post by JR Hoeft’s Bearing Drift shows just how pathetic is the attempt to recast today’s GOP as the savior of Americans, including minorities. Hoeft conflates union membership with slavery and goes full throttle into a minefield of insult piled upon BS. As wingers are wont to do, he leads off quoting responsibility, free markets and individual liberty. But as his column unfolds, you learn he does not have individual liberty in mind at all, only the right to work for less, the inability to work for a union (even if one wishes to) and  economic serfdom for the 99% in the guise of right to work. It is, after all, only the employers’ rights Hoeft really cares about. There are so many layers of fabrication in his post, it will take a few paragraphs to unpack the falsehoods. But first I must address the most glaring issue in his column.

The first problem with JR Hoeft’s faux argument is that he creates an absurd and odious false equivalence between union states and slavery. This is as self-serving, pathetic, and outrageous a blog post as I have seen in a while. You have to be a really sick puppy to pretend that being in a union is anything even close to being enslaved. Or that receiving higher wages for your work is a bad thing. Leave it to Hoeft to suggest just those things, though. But what does entitled winger Hoeft know about slavery? Indeed what do any “Caucasians” know of it? What do most Americans living to day know about it? Most of all, do not insult by pretending that working for a higher wage compares to slavery.

Another absurdity is Hoeft’s implication that modern Republicanism will save the day for workers and those whose ancestors were once slaves. But today’s GOP is the antithesis of a party working for real civil liberties for all. Even as I write this, the GOP is working to disenfranchise more minority voters, while falsely pretending now to be “on their side.” For the past ten years, every hanging chad, every voter wrongfully dumped off the voting rolls, every person sent a phony message about either the date of the election or a pretend change to the voter’s polling place was nothing more than endemic GOP racism. What individual liberty is he talking about exactly?

And if that is not bad enough, GOP celebrities fall all over themselves with their racist attacks on President Obama, and more recently Susan Rice. A brain-dead Republican leader and former presidential candidate declared Dr. Rice, with a degree from Oxford, “not that bright.”  Republicans have rammed through laws reversing Civil Rights laws, such as the Teapublican reversal of North Carolina’s antidiscrimination law.  But you know, modern Republicans are the essence of an egalitarian society (gi-normous snark). It is hard to know where to start with Hoeft’s insufferable load of bull.

Additionally, beneath the text and between the lines, Hoeft doesn’t want voters to know the sordid history of the Dixiecrats (rabid racists from the Democratic Party) being wooed by and joining the GOP, some as early as the late 1940s. The purpose of the merger was for the resident party racists to pull off The Southern Strategy. Nor does Hoeft tell his wrong-wing voters that most of the worst of the race-baiters bailed on the Democratic Party when it supported desegregation and the Voting Rights Act in the 1960s. Yes, the very same Voting Rights Act today’s Republican Party wants repealed. It is appalling, really, that JR Hoeft dares to present a similarly obnoxious, odious, revisionist spin on history. And it is all part of the orchestrated effort to pretend to be on the side of workers in general and African Americans in particular, which in at least the past 50 years the GOP has never been. No, Hoeft doesn’t want voters to know that either.

But guess who does know that? That’s right – minorities in America know better. Hoeft’s real audience is Teapublicans, who want to believe they are not racist so they won’t feel bad about themselves when their political party (and the corporate CEO union-hating/worker despising hogs they so dearly love) stick it to auto workers in Michigan yet again.

They simply hate that President Obama breathed new life into America’s own auto industry. And they do not want to shoulder the blame they deserve for agreeing with the offshoring of US jobs, which is the real reason for the extreme poverty in Michigan and elsewhere. The GOP offshored and then union-busted them into near oblivion, and then wants to blame unions!  The fact is that unions brought millions of people into the middle class. Today’s Republican (Patrician) Party doesn’t like that much.

Hoeft also falsely suggests that non-“Right-to-Work” states force union membership on people. If anything, today more workers would join unions were it not for the ALEC and Republican-driven union-busting efforts, which is really what Hoeft is advocating. Since unions’ inception, robber barons and their mouthpieces have tried to destroy them. Why let a worker earn a livable wage when they can make them take subsistence earnings?  And then Hoeft equates unions to slavery?

There is also the not-small problem of the facts getting in the way of Hoeft’s deception. Media Matters show how wingers are misusing data to make their claim. I love this particular refutation, because none other than the reprehensible Steven Moore is trying to get away with yet another evisceration of the facts. I can hardly wait till Hoeft falsely argues that Media Matters is “socialist.” What it is, in reality, is a fact checking organization founded by a former Republican sick of all his own party’s (now his former party’s) blatant disinformation.

In a study at Hofstra, cited by Media Matters, Dr. Lonnie Stevans found that “There Is No Significant Difference In Capital Formation Or Employment Rates” Between States With Right-To-Work Laws And Those Without Them. (From a 2009 study by Dr. Lonnie Stevans at Hofstra University.

In this paper, the average differences in business conditions, employment, personal income, wages and salaries, and proprietors’ income across states that have enacted right-to-work laws versus those states that did not, are examined assuming that the legislation is endogenous and controlling for state real economic growth, region, and year. Although right-to-work states may be more attractive to business, this does not necessarily translate into enhanced economic verve in the right-to-work state if there is little “trickle-down” from business owners to the non-unionized workers. While the number of self-employed is higher and business bankruptcies lower on average in right-to-work states, there is no significant difference in capital formation or employment rates, ceteris paribus. In addition, per-capita personal income and wages are both lower, yet proprietors’ income is higher in right-to-work states. [Berkeley Electronic Press, accessed 5/19/11]

Even data reported during the Bush Administration finds workers made more in union jobs than non-union jobs.  And yet Hoeft lies with statistics. Interestingly, now since 2011, the National Compensation Survey has been scrapped. I cannot imagine why they would want to do that (snark)!

Union workers also have better benefits, including health insurance and pensions, than non-union workers. The bottom line is simply this: don’t trust J.R. Hoeft, or other ruinous-for-the-99-percent Republicans, as the arbiter of what is good for Michigan – or any other state’s – workers. With a Koch-friendly governor implanted in Michigan, the GOP hopes to wipe out ordinary workers and what’s left of good paying jobs there.  It wants to crush the remnants of the autoworkers’ union.  And Michigan will never fully recover if that happens.

One more thing: “best for business,” tends to mean good for employers, not workers. But Hoeft tries to snooker the reader on that one too. He even trots out a Bible verse to pretend to take the high ground!!! You have to read it to appreciate how phony and hypocritical Hoeft will go in his sophistry, sleight of hand, and manipulation.

To sum up, despite all the other disinformation in Hoeft’s brainless utterances, there is nothing as unforgivable as his false equivalence between union membership and slavery. Nothing that has ever occurred within in the US compares to slavery in its cruelty and disrespect for humanity. It is long past time to stop the false equivalence.

In contrast to the optimistic Virginia governor's race outlook by @lxeagle17, Inside Elections just moved the race from "Lean Democratic" to "Tilt Democratic," adding that "a Youngkin victory would not be a surprise." So...get out and VOTE ("blue" of course)!

Anti-“CRT” Petition in Stafford County Reminds Us: “Because fanaticism and ignorance...