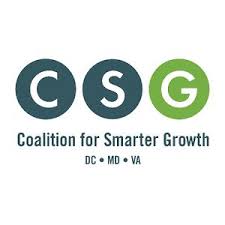 I couldn’t agree more with Stewart Schwartz of the Coalition for Smarter Growth (see what he has to say below; bolding added by me for emphasis): “At a time when we are seeking to reduce our dependence on foreign oil  and to reduce fossil fuel consumption to fight climate change, the Governor’s proposal takes us in the wrong direction.”

Experts are still dissecting the Governor’s proposal to eliminate the gas tax and use sales taxes to fund transportation, so some observations have to be preliminary at this stage.  But one thing is clear, the Governor would eliminate all taxes on gasoline (while retaining it on diesel) and shift the burden of paying for our roads to all Virginians whether or not they own a car or drive.

At a time when we are seeking to reduce our dependence on foreign oil  and to reduce fossil fuel consumption to fight climate change, the Governor’s proposal takes us in the wrong direction. He would send exactly the wrong market signal. By removing a user fee under which those who drive more, pay more for the upkeep of our roads, the proposal could increase the amount of driving and the congestion on our roadways. This is fitting for an administration that has focused almost entirely on highway capacity expansion, far too little on transit and transportation demand management, and not at all on supporting more efficient patterns of land use.

Northern Virginia officials, who understand the land use and transportation connection and the congestion problems our region faces, have been focused on expanding transit, on implementing compact, transit-oriented development, and on commuter services to encourage transit, carpooling and telecommuting. The Governor wishes to take us back to the 1950’s and an era of cheap oil and lots of driving.

The implications for transit funding are still not clear.  For one thing, the elimination of the gas tax would also mean the elimination of Northern Virginia’s special increment on the gas tax that has been dedicated to funding Metro. The allocation of $300 million of the new transit money to Dulles Rail is still short of what the state should be funding out of its existing revenues and is certainly a play to win the votes of northern Virginia legislators.

The dramatic nature of the Governor’s proposal is also likely to distract attention from what had been growing criticism of the McDonnell administration’s use of the $3 billion in borrowed funds provided by the General Assembly in 2011, including the $1.2 billion allocated to the egregiously wasteful and unnecessary Route 460.  But the public and legislators ought to demand reforms in VDOT planning and prioritization before giving the Governor the additional money he seeks, no matter what the source of funding.

The Northern Virginia Transportation Commission, Virginia Transit Association, Commonwealth Institute, and Senate and House budget staffs are analyzing the proposal and we will certainly learn more soon, and probably have more questions as well.