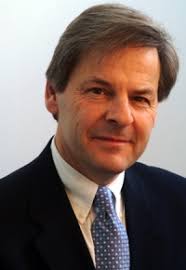 RICHMOND- Good evening, I’m David Toscano, the Democratic Leader in the Virginia House of Delegates. It is a pleasure to be with you tonight to discuss our future as Virginians and as a Commonwealth.

Each year the first day of our legislative session is a chance to reflect on why the people of Virginia send us to Richmond to represent them.

They send us here, to Mr. Jefferson’s Capitol, to make laws to protect the citizens of the Commonwealth and keep the playing field level for every Virginian.

They send us here to solve problems and meet the challenges that threaten to diminish our quality of life.

They send us here to make investments that promote economic growth, that fuel the engines of job creation and prepare the next generation of Virginians to compete in the global economy.

They send us here to work together to get things done.

And so, as we prepare to begin another session of the General Assembly, it’s important to ask: how we can do a better job for the Virginians who we represent.

Our Commonwealth is now emerging from a very challenging recession, but too many Virginians still struggle to provide for their families and their future.

We need to create prosperity for all Virginians, and Democrats are committed to enacting the initiatives to unleash a new chapter of economic growth in every corner of this Commonwealth.

In his inaugural address and again this evening, Governor McDonnell spoke about his desire to build a “Commonwealth of Opportunity,” –an important goal. He has suggested time and time again that we be laser-focused on the economy and stay away from the social issues that divide us.

Yet, when you look at the last several years, we sometimes wonder if our colleagues on the other side of the aisle are listening.

Last year, Virginia’s legislature became known for the fodder we provided to late night talk shows as the Republican majority passed several bills that injected government between a women and her doctor.

We cannot afford another session like last year, or we will see Virginia’s ability to compete with other states decline. In 2012 Virginia lost its ranking as the best state in the country to do business because we neglected issues like roads and schools in favor of social issues.

What do we need to do to create a Commonwealth of Opportunity, and build an economy that works for all Virginians?

To build our economy we need to do 3 things.

We need to invest in education

We need to invest in our people

We need to invest in transportation

In 2009 Virginia was the 7th wealthiest state in the nation. But in that same year, we ranked 38th in the amount spent on our students and 31st in teacher salaries. We spend less per student today than we did in 2008.

Business demands a workforce prepared for the future. Every child in Virginia — rich or poor, urban or rural — deserves an education that gives them the skills they need to compete in an increasingly global economy.

During the last several years, the unfortunate response to our educational challenges from some of our Republican colleagues  is propose further cuts in K-12 funding – while providing more resources to private schools.

In the Democratic view, that is the wrong way to go. Every investment in education is a downpayment on a growing economy.

The second thing we need to do to build our economy is to invest in our people. That is why we are ready to work with the Governor and our Republican colleagues to extend health benefits to 400,000 Virginians. A recent study concluded that Medicaid expansion will save taxpayers money, reduce stress on emergency rooms, and create more than 30,000 new jobs. This is precisely the kind of smart investment that Virginians expect us to make.

And finally, building our economy means investing in transportation.

Enhancing our transportation network will bring more commerce to Virginia and improve our quality of life. This creates jobs – and does so quickly.

This starts with protecting the assets we have. We need to put sufficient funds into maintaining our roads and bridges. We need to keep our ports – one of our greatest assets – under the control of Virginians.

But we have needs beyond maintenance. Pure and simple, we need more revenue.

As our transportation infrastructure ages, the costs of maintenance is consuming funds that should go to building new roads, bridges and rail lines. Unless we address this key issue, Virginia will shortly be without sufficient money to build the roads and bridges that we need in order to compete.

That’s why tonight the Democratic legislators of the Virginia General Assembly have a simple message for Governor McDonnell and the majority party: Virginian’s can’t afford to wait any longer.

There are several innovative ideas for addressing the crisis in transportation, including one recently proposed by the Governor.

Now is the time to roll up our sleeves and make real, long-lasting investments that do not saddle future generations with debt and do not take money from other critical needs.

Great states don’t just happen. They are the product of decisions – large and small. Over the last several decades, Virginia became the state it is today because its leaders were willing to put partisanship aside for the common good.

As the Democratic leader of the House of Delegates, I am hopeful that Virginians can take Governor McDonnell and Republicans at their word that this year’s session will be devoted to common sense solutions to our problems. We cannot move forward with crumbling and congested roads, overcrowded and underfunded schools and a system in which too many families are without basic necessities like health insurance.

Democrats are ready to work together with the Governor and our Republican colleagues to fix our transportation crisis, improve our schools and expand access to health insurance to more Virginia families.

Thank you for listening this evening. Goodnight and God Bless the Commonwealth of Virginia.