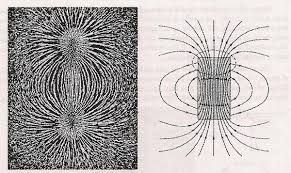 My new project — presently called “Swinging for the Fences,” and introduced here last week with the posting at https://bluevirginia.us/use… — is about equipping us to gain better control of our destiny, as a nation, as a civilization, as a species. It begins with understanding what we’re up against.

History was described by James Joyce as “a nightmare from which we are trying to awaken.”  To us rather privileged Americans — privileged in our material wealth, in our liberty, and in our comparative immunity from the worst of violence and oppression — that sounds like an excessively dark assessment.  But history certainly has its nightmares.

The usual answer — or assumption, as usually the question isn’t even articulated — is that “human nature” is so deeply flawed: our kind just naturally creates nightmares.  This answer seems obvious to people who see the whole as only the sum of its parts:  they see people acting on the basis of the choices they make, and they assume that if the consequences are bad it must be because it is in the nature of people to make bad choices.

I am absolutely convinced that this common-sense view of things misses very important dimensions of the reality.

Our reality consists not only of us individual human beings, but also of the systems that we civilized human beings have created.  (Some of these systems we know about and of some them we are unaware.)  And our destiny is shaped not only by the intentions of human beings making choices but also by the systemic forces that operate on a vast scale and go far to determine both the options available to people and the outcome of the choices they make.

Years ago I came across a fable (I’m trying now to hunt down the source) that depicts iron filings in the process of making what they think to be their own decision about where to go.  Meanwhile, as they are discussing the issue, a magnet is invisibly approaching.  The closer the magnet gets, the more excitedly the filings become convinced that they must travel in the specific direction in which the magnet, unbeknownst to them, is to be found.

To the filings in the fable, the choice of direction was theirs.  To the observer with the larger perspective, explaining the direction they went is impossible without reference to the magnet.

So also with us humans in history.

One need not know a whole lot about history to know that frequently the way things unfold is not what most of the people in the situation would have chosen.

How many of the citizens of mid-nineteenth-century America would have chosen the American Civil War as the means to deal with the long-standing issue of slavery?

How many Europeans at the time of the Armistice in 1918 would have chosen to be in the situation that beset Europe in 1940?

How many Americans of fifteen years ago would have chosen for our political system to have been in the condition it has been during the years since?

How many of the people in the hunting-gathering bands of prehistory would have chosen for their descendants to live in the heavily militarized empires of the early civilizations, in which the great majority of the people were virtually enslaved by a relatively few rulers?

In my new project, I will be starting by identifying some of the “magnets” that operate in the human system.  Only to the extent that we understand how systemic forces are operating in our human world, and take appropriate action to bring those forces under control, will we be able to create a future of our choosing.

Next week, I’ll begin to present some of the “magnets” that I’ve been investigating over the course of the past 40 years, as I begin to bring the pieces together to provide a framework of understanding – and a vision – that I believe can help us create a more humane, just, viable, and spiritually well-aligned civilization.