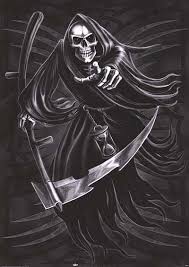 As I said in that video of mine that went viral, we are up against “a sick and broken spirit” in today’s Republican Party. What is most important in each issue that arises in our politics these days is to see and attack that dark spirit that the Republicans are expressing.

That spirit is visible behind their position on climate change, and on guns, and just about every other issue on our national agenda.

What’s important about climate change is not just the crucial issue of will we act responsibly to avert catastrophe, but also to perceive the grotesque Spirit behind this Republican Party -a Party that, during the election process just past, required its presidential candidates to assert to be false what science is declaring in a loud voice to be true.

What kind of party would not only allow, but insist upon, disagreement with 97% of the top scientists in the field who are sending our nation, and the world, an urgent message.

What kind of political party would endanger so much of our future in order to reap the political benefits of doing the bidding of the world’s richest corporations?

What kind of a spirit is it that would use a once-respectable political party to play Russian roulette with the lives of our children and grandchildren, and with the health of life on earth?

With the gun issue, we have the spirit expressing itself through a politics that deals in absolutes and spits on compromise and treats anyone who deviates from what they say as an enemy to be destroyed. The politics of the NRA are mean and they are dishonest. The NRA lies to make people afraid of phony threats to distract them from the real threat from the sick and broken spirit that’s working to degrade the lives of Americans and the soul of America.

The Republican Party, as a whole, has absolutely no soul now. They have sold their soul for power. Power at any price. Sold it to that power-hungry and destructive spirit. That spirit is what our political strategy should be designed to attack.

Andy Schmookler, an award-winning author, political commentator, radio talk-show host, and teacher, was the Democratic nominee for Congress from Virginia’s 6th District. He is the author of various books including The Parable of the Tribes:  The Problem of Power in Social Evolution.