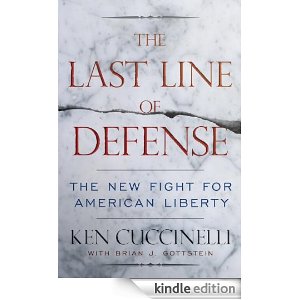 Putting aside the wasteful misuse of public resources for an anti-science vendetta that undermines the academic reputation of the Commonwealth and Virginia’s top-notch public universities (for the real story, see here), recent news items make this Commonwealth citizen wonder whether a special/independent prosecutor is required to look into Attorney General Ken Cuccinelli’s actions.

Two recent items suggest that something fishy is going on …

1.  It appears that candidate for Governor Ken Cuccinelli’s driver is a paid Virginia employee?  Is it an appropriate (excuse me, legal …) use of taxpayer funds to pay for campaign staff?

2.  Ken Cuccinelli’s forthcoming book has a co-author (secondary author?) listed on the cover.  That ‘co-author’ is a Commonwealth employee (Brian Gottstein) who works for the Attorney General.  Ken Cuccinelli reportedly received a $30,000 advance for this book.  Is it appropriate (legal …) for a government official to have a subordinate, who is paid by the taxpayer, work on something for which he receives outside compensation?

These questions might have reasonable (potentially even very reasonable …) answers and explanations.

For example, re #1, the Cuccinelli campaign might be paying the Commonwealth for the driver’s time and any official car use (much like a political party has to pay for Presidential use of Air Force One for political purposes).

Or, re #2, perhaps there was an outside legal opinion issued prior to the book’s writing authorizing this and Cuccinelli/Gottstein might have meticulously assured that they only worked on this book on non-Commonwealth computers and never during working hours when they were being paid with taxpayer resources.

These two examples certainly raise questions — question which might (or, well, might not) have legitimate answers — as to the ethical and legal nature of the Commonwealth of Virginia’s Attorney General’s actions while in public office.  And, these questions (and perhaps other currently unknown questions) merit investigation.

The Commonwealth’s citizens and taxpayers merit having answers to these questions.

guilty of misconduct Tuesday for directing his police protection detail to put up signs during his 2010 re-election campaign, to collect campaign checks and to compile dossiers on his adversaries

Would using Commonwealth resources for campaign purposes and for personal profit fall into the same zone of actions meriting investigation and, if the answers to questions don’t stand up to scrutiny, prosecution?

Video: Rep. Gerry Connolly Says We Need To Know Who Planned the 1/6 Insurrection, What Was the Role of Trump and “potentially some members...