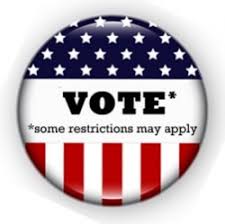 Richmond, VA – The Virginia General Assembly this morning passed new voting restrictions that will make it harder for Virginians to cast a ballot. SB719, passed by the State Senate, and HB1337, passed by the House of Delegates, would eliminate several currently valid forms of voter ID. Together with SB1256, which will face a Senate vote later this afternoon, the newly advanced legislation could subject Virginians to three new voter ID requirements in three years. Constantly changing rules, along with conservative assertions that no voter education on the new requirements is necessary, would ensure confusion at polling places.

"If Virginians needed any more examples of conservatives' disregard for voters, it's the passage of these new restrictions," said Anna Scholl, Executive Director of ProgressVA. "Not only are these new voting restrictions the latest in the line at attempts to change the election rules in their favor, but three new voter ID requirements in three years ensures few voters will be confident they have the necessary ID to cast a ballot."

Both SB719 now contains a so-called "contingency clause" which would condition implementation of the legislation on an appropriation from the General Assembly. Conservatives this session have repeated refused to consider the cost of educating voters on new ID requirements. Delegate Mark Cole, sponsor of HB1337, called such efforts a waste of taxpayer dollars when the legislation was heard in committee. Both bills are now likely headed to conference committee to iron out the discrepencies.

Speaker @EFillerCorn on Republican VA House of Delegates candidate comparing being a conservative teacher in Fairfax to the Nazi Holocaust: "This gross display of antisemitism is completely unacceptable, nor should it be used in our political discourse" https://bluevirginia.us/2021/07/greater-washington-jewish-community-dismayed-by-two-va-gop-house-of-delegates-candidates-making-offensive-remarks-minimizing-the-holocaust#comment-5476653944

Jewish Community Dismayed by Two VA GOP House of Delegates Candidates Making Offensive Remarks Minimizing the Holocaust ("Ms. Perry acknowledged regret for her choice of words but did not offer an apology for the hurt she caused to the Jewish community") https://bluevirginia.us/2021/07/greater-washington-jewish-community-dismayed-by-two-va-gop-house-of-delegates-candidates-making-offensive-remarks-minimizing-the-holocaust