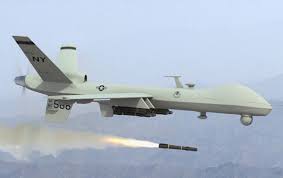 What does it mean that President Obama has not sought to institute prior judicial review of targeted killing by drones?

I’m not reflexively opposed to the use of drones for targeted killing, so long as three essential criteria are met.

One of these criteria*  [See note below for the other two] is Review and approval by an independent judicial authority: It should not be possible for the executive branch to take such actions on its own; as with arrest or search warrants, the prior review by an independent judicial body of any such actions – to make sure that the above criteria are adequately met – should be a prerequisite, to close the door to the most serious of abuses of power.

Review and approach by an independent judicial authority is clearly in the spirit of what the Constitution is about.  It accords with the Constitution’s general approach of “checks and balances.”  And it is in alignment with the specific requirement for warrants for search or arrest. If the executive needs a warrant to invade the privacy of someone, or to detain that person, how much more essential should it be to get such permission to kill someone (in a situation in which arrest and a fair trial are impossibilities)!

So why doesn’t our president, a constitutional lawyer, work to establish such a legal framework for now and for the future?

Even if he –or we– feels confident that he will not abuse this drone program, that is not and never has been the point about the vital constitutional checks and balances. The whole system is set up in an attempt to assure that UNtrustworthy can’t abuse powers in a foreseeable future.

It might be argued that there are times when important national security interests of the United States require immediate action, and do not allow for the delays of going before a judge or panel of judges to get approval.

Such problems of urgency have been dealt with before– with the FISA court, for example. With FISA, there’s a provision for having the action first and the approval second, when delay would be too costly. But the principle remains: certain actions by the executive must be independently reviewed, to assure that they indeed meet the established and codified legal criteria, and are not being undertaken for self-serving or other illegitimate reasons.

So again, I’m left wondering what it means that the memos disclosed last week call for no one to enter into the decision or review process who does not work for the president.

It is sometimes said, as if it were a matter of course, that presidents always seek to hold onto powers and never to limit them. That should not be taken by us citizens as any justification. We should insist that our leaders put the well-being of the nation ahead of their own enjoyment of powers.

And besides, if there are good national-security reasons –meeting all the necessary criteria– for the targeted killings, the court established to review such decisions would not be an obstacle to the desired actions. (In the case of the FISA court, only a relative handful of requests were denied, out of thousands applied for.)

So what does it mean that the president has not worked to establish what would seem clearly to be the proper legal framework for such a program?

The other two criteria that would need to be met are:

1) An agreed upon level and kind of threat:  There needs to be a codified, articulated set of criteria regarding who would constitute the kind of threat necessary to make a person a legitimate target.  I won’t venture what they should be, but I think it should involve something tantamount to making war against the United States.  No one, I would say, should be able to make war on the U.S. with impunity.

2) The impossibility of legal process: All acceptable targets would have to be beyond the reach of the law. Anyone meeting the first criteria whom it is possible to arrest –by American or other legal authorities–would have to be arrested and tried, not targeted by drones.

Andy Schmookler, an award-winning author, political commentator, radio talk-show host, and teacher, was the Democratic nominee for Congress from Virginia’s 6th District.  He is the author of various books including The Parable of the Tribes:  The Problem of Power in Social Evolution and Out of Weakness: Healing the Wounds that Drive Us to War.