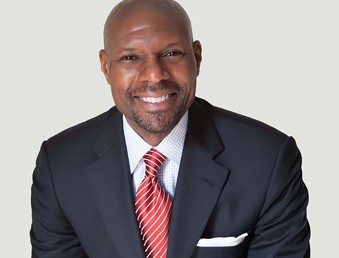 Several weeks ago, I interviewed Barbara Kanninen, who is challenging Arlington County School Board incumbent James Lander for his seat on the board. This was the firs time I’d ever sat down for an extended conversation with James Lander, and I definitely was impressed with his knowledge of, passion for, and commitment to public education in general, and the Arlington County school system specifically. Here are a few highlights from our (2-hour) interview.

First, Lander and I talked about why he first decided to run for the school board four years ago. Lander talked about his interest in leveraging what he calls the “stakeholders triangle” – parents, the community, and the school system itself, all of which have a stake in the success of children (who are in the “center of the triangle,” as “they are the focus”). As Lander explained, “kids require supportive homes…support and reinforcement from the community…as do each member of the stakeholder’s triangle depend on one another.” According to Lander, 83% of Arlingtonians don’t currently have kids in the school system, but everyone has a stake in the success of the public schools.

In addition, Lander said he had “participated extensively as a parent advocate…in leadership positions at the PTA level at my daughter’s school, vice president of the PTA…representative to the county council of PTAs…I learned how the schools at the operational level, and what I realized is there were some things that I could hopefully impact positively at a policy level…some of these things don’t translate well from the board table to the operational level, I [was] seeing gaps.” Lander felt that he could bring that operational level experience – at the local school and the county PTA level – to the board table, effect the policies, and “be a voice for parents who…sometimes your voice isn’t heard.”

As for his biggest accomplishments, Lander pointed to: 1) the impact he’s had “directly on students” (e.g., “providing more support and mentoring for middle school students”); 2) his initiation of “the Color of Leadership Conference,” which provides “mentoring opportunities” to students, and which teaches kids about “citizenship and all the things you don’t learn necessarily in school” (e.g., how to tie a necktie, how to interview, how to present themselves, about health and their bodies); 3) his work on expanding the STEM (science, technology, math) program (Lander noted that he’s an engineer with a degree from UVA); 4) his efforts to “expand some of the partnerships that we have,” such as with the National Association of Black Chemists and Chemical Engineers, on teacher development for STEM and helping to get students into science competitions to help foster their interest in STEM; and finally 5) “I’ve really enjoyed being an advocate for parents who don’t know how to navigate the school system,” being highly accessible to parents (e.g., giving out his personal cell phone number).

I asked Lander whether he agreed with something Barbara Kanninen said in our interview, that she does “not believe people should run for the School Board…who have not seen the whole process,” and that she doesn’t “know how someone who’s only experienced elementary school can make informed decisions about what might be happening in high school.” More broadly, I was curious whether he thinks there are particular qualifications – education, having kids in the system, etc. – that people must have in order to serve on the Arlington County School Board. Lander argued that “diverse backgrounds add value to the school board and to the community.” Lander added, “I don’t think there are litmus tests, because people bring talents from their experiences that aren’t always evident until you have the opportunity to see and hear from them.”

So, bottom line, Lander says he disagrees with Kanninen’s statement, quoted above. Lander noted that right now on the board, there’s a PhD in education (Emma Violand Sanchez), a lawyer (Abby Raphael), a stay-at-home dad (Noah Simon), a single parent of two boys (Sally Baird), and a degreed engineer who has a military background (James Lander), all of whom “add value in our particular ways.” Lander specifically said he thought it was fine if someone who never had kids in the school system to run for school board, as long as “they had been involved and committed time to education.” Lander added: “If we are the most diverse party, seeking the Democratic endorsement, how do we tell people don’t run – anyone and everyone should run for the school board.”

Lander talked about the importance of expanding the opportunities for vocational education in Arlington County public schools. Why? Because “not every young lady or young man will go to college as the next step, for a number of different reasons – cost, interest…we have to educate them too.” So, one of the things Lander is working on is a vision for the Arlington Career Center and for students who are not necessarily college bound, including things like a “gap year.” The most important thing, in Lander’s opinion, is to look at students as individuals, not to lump kids together arbitrarily into groups, and to “leverage their strengths.”

I asked Lander whether he felt parents were satisfied with the school board, or whether – as Barbara Kanninen said – “there’s a lot of parent anger at the current board” over what she called a “total failure of process, communication, and common sense” on the decision to cut school bus routes. Lander responded that there’s a tremendous amount of diverse opinion out there on various issues and stances that the board takes, and it’s “unrealistic” that we’d get agreement among the community of “22,000 students and roughly 40-some thousand parents or guardians.” Lander said he wouldn’t agree that there’s “widespread anger” out there. Having said that, Lander acknowledged that communication on the school bus issue was “absolutely bad,” so “since then we’ve taken deliberate steps to make adjustments.”

The issue with the school buses, according to Lander, was that there was no “safety accountability” with the way the buses were being run previously, “no tracking system in place,” so the system definitely needed to be changed (“we needed to address the safety concerns immediately; we could not go through another year and not know where our children were”). Lander makes no excuses, acknowledges that the communication and parental involvement should have been better, but he points out that this was a complex situation with “multiple moving parts.” Overall, in Lander’s view, “parents…and the Arlington community is happy with our school system – that’s why folks move here, that’s why folks stay here, that’s why we keep growing every year, almost an elementary school a year, because people are happy with the job we’re doing; we can always do better…but I think that to categorize parents as angry towards the school board, I think that’s inaccurate.”

On the issue of school boundaries, Lander feels that it was “a flawed process” before he got on the board, as it “created this adversarial relationship between neighborhoods.” Lander pointed out that there’s “no magic boundary we could draw” that would perfectly split up the county. Lander said it’s “flat-out inaccurate” that we have “extra space in South Arlington,” as Barbara Kanninen has asserted. Lander added, “There is no extra space in the county; all of our schools are approaching or near 100%, and it’s growing every year…but it doesn’t grow evenly around the county.” Dealing with this requires an inclusive [composition] of these stakeholders…because we all have a stake in how [the boundaries are] drawn up.”

I asked Lander why he thought he was being challenged for reelection. He responded that he doesn’t know Kannninen, hasn’t “spoken to her,” has “only met her once in passing,” so he’s not sure why she’s running against him. Having said that, he added that “I embrace the opportunity to come before the parents [and make my case for reelection]…there are no free rides…I have embraced this opportunity…to go out to speak to parents, to speak to community members, to speak to teachers.” He noted that he’s proud to have been endorsed by the Arlington Education Association. He said he felt he’d be “victorious because I think I have a better vision on how we move forward, I have far more experience,” and that the board is working well together (with a “good chemistry”) and should be given “an opportunity to succeed.”

We talked about the importance of diversity (of all kinds) on the school board. Lander said he “absolutely believe[s] we benefit from a diverse community,” noting that if “for some reason” he’s not victorious, “we will have four board members all from the same zip code on the board…80% of the board from the same zip code isn’t a good reflection of…what Arlington [is all about].” The process “should be inclusive of everyone,” and everyone should be focused on students.

Regarding his reelection campaign, Lander said he’s focused on “articulating clearly and communicating our accomplishments and our vision for the future.” He said the campaign has picked up its efforts as “folks are starting to pay attention.” So, Lander explained, “we are making a deliberate effort to inform voters of the choices and the differences between myself and Dr. Kanninen.” The good thing about Dr. Kanninen’s challenge, in Lander’s view, is that it opens up the opportunity to talk to voters and say, “I want to tell what we’ve done; I’m excited to say, let me tell you what we’ve done…now, there’s an opportunity to say, pay attention, this is what it means, this is why you have to stay engaged.” Lander said he loves the service to the community, but he’s still “embracing the politics” part of it.

We touched on Bob McDonnell’s plan to put letter grades on schools. Lander said he thought that was a “narrow view to marginalize the great work that’s going on in schools.” He added: “education isn’t just about giving a letter grade…I tell my daughter all the time, I want you to be educated, not trained, that means the ability to think, and so the harm McDonnell does is by limiting and categorizing schools to letter grades…it creates this adversarial competition between schools because they’re fighting for grades…[instead] the children have to be the focus.”

A funny moment in the conversation: Lander joked that George W. Bush graduated from Yale and Harvard, while Thurgood Marshall graduated from Lincoln and Howard, and “I’d take Thurgood Marshall over George Bush any day.” In all seriousness, Lander stated, “What I tell parents is you should be able to go to any school in this county and expect a quality education.” Lander added that “we shouldn’t measure schools, we should measure achievement of students...if you say failing school, what do you mean by this…and what angers me is it puts you in a box…[we shouldn’t] let socioeconomic, language, disability, race be a limiter to how successful you can be; if we’re doing our job, you come to school and we’re meeting your needs.”

Finally, I asked Lander what the three most pressing issues facing the Arlington County Public Schools right now. Lander said if he had to pick three, he’d say budget priorities, student achievement, and our growing student enrollment. Lander said he could add recruiting and retaining and developing quality educators and keeping them in Arlington.

Bottom line: James Lander is passionate, dedicated, and extremely well informed about education in general, and the Arlington County public schools specifically. He is looking forward to serving for another term on the board, and asks everyone for their votes.