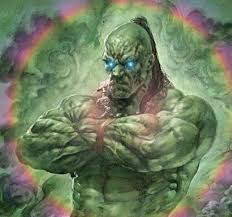 Last fall, before a crowd of 350 people, I made a campaign speech about “a sick and broken spirit.”  At the end of the speech, people sprang to their feet as if they had heard something meaningful. A video of the speech went viral  . But what did people think I meant by that word, “spirit”?

Spirit is something that one cannot see but that one can discern from the way things move. We see the spirit as we “see” the wind when trees bow before it

So it is with the sick and destructive spirit that now animates the Republican Party.

We cannot see that spirit directly.  What we see are the actions of politicians like Bush and Rove and Cheney, and the words of Rush Limbaugh and Glenn Beck and the minions of Rupert Murdoch, and the way of doing politics practiced by the NRA, and by Liberty University and by the Republicans in Congress who made it their top priority, in a time of national crisis, to make our president fail.

Those things show us the force of the invisible wind that compels trees to bend in the direction the wind is heading.

And we see the sick and destructive spirit whose portrait, in that viral video, I painted like this:

• A spirit that makes a fight over everything

• A spirit that appeals continually to the worst in people, their hatreds and fears

• A spirit that lies about everything

When we see a force that acts coherently and that consistently inflicts damage, we infer that there’s something operating that we do not see.

When we speak of character in a person, what do we mean?  Do we see the person’s character?  Not directly.  We infer it from the pattern of his words and actions.

And so it is with entities like the dark force that’s arisen on the political right.  From the consistencies — the dishonesty, the destructiveness, the cruelty, the lack of integrity, the contempt for justice, the insatiability — we can infer just what kind of character inhabits this force.  But instead of calling it character, as with an individual, the vastness of this thing that operates in our cultural/political/moral system in America, the way it operates at a scale still further removed from our immediate perception, led me to call it a destructive spirit.

There really is a Something — encompassing a veritable empire of people and organizations and resources — animating the drive toward all this political ugliness and degradation.

I have written about that Something, again and again, but perhaps never as directly as in There Is an It: As in Baseball You Can’t Hit What You Can’t See

An It behind the dividing of groups against each other.

An It behind the preying on the vulnerable and serving the   privileged.

An It behind the fostering of ignorance.

An It in the unwillingness to sacrifice selfish advantage for any larger good.

…It is a force that must be confronted and defeated. Understanding is the first step.

When we look at this pattern of patterns, do we not see what our civilization has always understood to be the pattern of evil? It’s there in the Bible.

It is only to the degree that Americans can this dark spirit for what it is, and can reject it, that our nation has a chance to revive, in Lincoln’s phrase, “the better angels” of its nature.

And that, after all, is what politics is ultimately supposed to be for.

Explaining how such a destructive spirit can arise, is the purpose of the “Swinging for the Fences” project.

And making that destructive spirit –that “It”– visible is the reason for all I’m attempting to do: the advocacy of a political strategy for heavily Republican districts; a “Rogues Gallery” strategy; and, soon, on the website “Like the Dew”, an attempt to engage Southerners about the Southern component of this political force on the right.

I hope you will join me in these efforts.