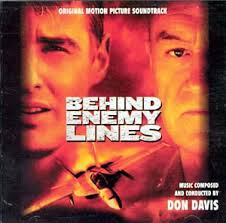 There are many congressional districts where Democrats have nearly zero chance of winning anytime soon. (The recent victory of the disgraced Mark Sanford in a South Carolina congressional race shows how safe a Republican seat can be.)

The difficulty of winning these seats, paradoxically, presents an important opportunity for Democrats.

In the short run, the political battle in America is over who will hold the offices where laws get made. In the long run, the battle is over shaping the public consciousness that determines to whom the people will give power.

For the latter purpose, Democrats in very red districts can make an important contribution in the battle over the country’s destiny.  It’s an educational role that is especially vital because our politics are broken, and while most Americans see there’s a problem, not enough Americans see where the problem lies.

A candidate in an unwinnable race can focus on moving hearts and minds, at least incrementally, toward recognizing the paramount political truth of our times:  The force that’s taken over the Republican Party is being consistently destructive and irresponsible.

The immediately visible problem in our politics is that nothing is getting done.  Last year’s Congress accomplished less than any in memory. This year’s Congress is no better.  And it’s clear why.

It is well-documented that even before President Obama took office, congressional Republicans decided that their top priority was to make him fail. If nothing can get accomplished, the Republicans figured, the people would blame the president and throw him out of office.

That approach didn’t gain the Republicans the White House in the 2012 elections, but obstruction remains the Republicans’ main political strategy.  And their control of the House and the use of the filibuster in the Senate, enable them to cripple our governing process.

Helping people see that our governmental dysfunction is a deliberate choice the Republicans are making is a good starting place, building as it does on the concerns of citizens — Republicans and Democrats alike — over the stalemate in Congress.  But that’s just one piece in a very big picture that Americans need to see.

• Income and wealth inequality are wider than at any time in living memory, yet Republicans are helping to widen that gap.

• The country is still devastated by the aftereffects of a financial collapse, yet Republicans are working to prevent the restoration of the kinds of regulations that kept our financial system stable for seventy years.

• 97 % of the top scientists in the climate field agree that climate disruption may pose the greatest challenge in human history, and we’re already seeing costly consequences, yet Republicans have made it party dogma that the scientists are wrong and that nothing, or little, should be done.

• Getting Americans back to work should be our top economic priority, yet Republicans block programs to add jobs while insisting on austerity policies that have thrown additional hundreds of thousands of Americans out of work.

When today’s Republicans are out of power, they try to prevent anything good from being done. But when they were in power, they gave us a presidency (2001-2009) that was perhaps the most damaging in our history:

• two wars of choice, one under false pretenses;

• more assaults on the Constitution and the rule of law than by any previous presidency (according to Bruce Fein, the conservative Reagan jurist);

• an economy in the worst shape since the Great Depression;

• the inflaming of divisions among Americans;

• hostility toward America among citizens of nations that have historically been our friends.

Clearly, something very dark has arisen on the political right, and the nation is paying a high price for its continuing power.

But that power derives from the people.  If we believe in democracy, we must believe that if the people saw this destructive force for what it is they would take away that power.

Democrats in very red districts – behind enemy lines, as it were – are well-positioned to tell the truth about what the once-respectable Republican Party has become.  Even while cruising to victory in their “safe” districts, party-line Republican incumbents can become the means of exposing the dishonest and destructive nature of the party they serve.  Like a combination shot in pool, campaigns against such Republicans can be a means to strike at the larger force behind.

It’s not only candidates who can apply this combination-shot strategy.  Ordinary citizens – with or without coordination with a Democratic candidate– can organize demonstrations that expose the destructive spirit that animates today’s Republican Party. By getting media attention, such citizens can convey this important message to the larger public.

Even if “safe” Republicans win, campaigns against them might influence toss-up races for other national or state offices and, over time, might work to dislodge some of the entrenched beliefs that have been instilled by the purveyors of the lie.

This strategy would be worthwhile in any heavily red congressional district.  But if this approach were followed in these districts across the country, the combined force of many coordinated voices could press this powerful truth into the national discussion.

That’s the opportunity.  Can Democrats organize to seize it?

[In a subsequent post, I will provide some thoughts on steps people could take to implement this strategy.]

Andy Schmookler, an award-winning author, political commentator, radio talk-show host, and teacher, was the Democratic nominee for Congress from Virginia’s very Republican 6th District.  He is the author of various books including The Parable of the Tribes:  The Problem of Power in Social Evolution.