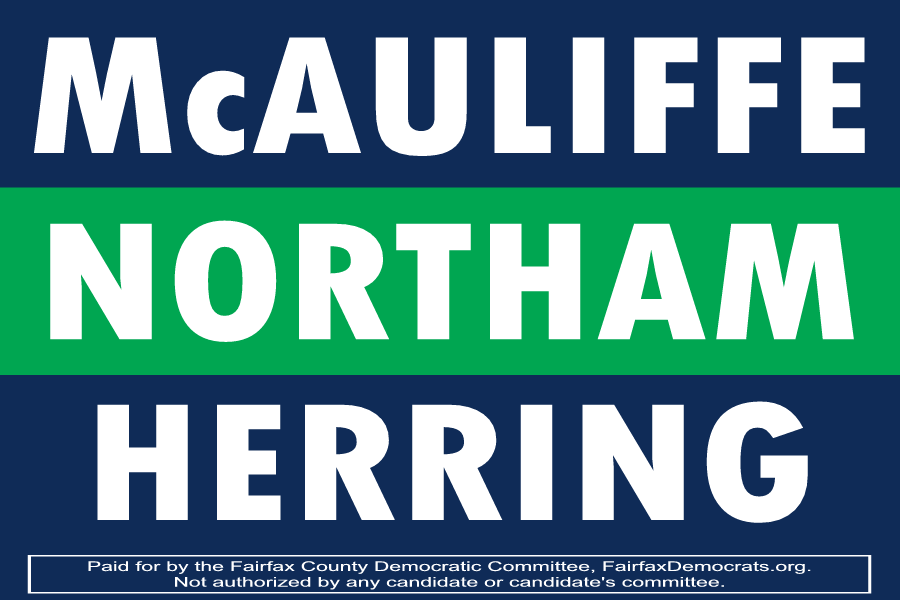 The last Democratic sweep of the three statewide offices occurred in 1989, more than a generation ago. But a look at modern Virginia political history rates the 2013 Democratic ticket as having the best chance ever in this period to  “run the table” on the GOP. The Republican candidate for Lt. Governor is the weakest statewide candidate of the modern era, with a political persona that makes him unqualified by any fair measure for a job that basically doesn’t require any major qualifications!

200-proof politics rates Senator Ralph Northam a 15-point morning line favorite over E.W. Jackson. The only bigger underdog starting out in the modern era was Democrat Doug Wilder in 1985, also running for LG. Thus Jackson, at least on an historical basis, has a slim but mathematical chance of winning what would surely be a monumental upset.

But the GOP LG candidate has shown none of the political savvy or campaign strategy necessary to pull off such an electoral feat. Since being nominated, he has wasted basically a month’s time. The only news of note has been the number of Republicans who have refused to support him, either directly or in silence except for news of Jackson’s financial troubles in the past. As 200-proof politics has suggested in the past, Jackson’s financial resume is going to come under increasing scrutiny during the summer.

Does E.W. Jackson have a path to win? Sure. But the better question right now for him is this: Does he have a path to become a credible candidate? That’s job #1. But again, he isn’t taking it. This tells 200-proof he and his staff are simply out of their league.

Right now, candidate Jackson would do well to get 43% of the vote, roughly the percentage received by GOP Senate candidate Oliver North in 1994, a good GOP year nationally. Senator Northam has a shot at 60%: and even more if the Jackson campaign implodes, a real-time risk for the VA GOP this year. E.W. Jackson is likely to find that his “15 minutes of fame” will prove to be politically and financially very, very costly unless he turns his campaign around by Labor Day. If not, then he is going to endure one of the worst two months of any candidate in modern Virginia history.

As a political novice, I am not sure he will know how to handle a very ugly situation for any candidate: getting up every morning and knowing you are going to lose is hard mentality. There is a tendency to want to lash out. At bare minimum, the VA GOP surely needs to figure out a way to make the guy think he might win. That is going to be a real feat right now.

While the GUV and LB candidates legally run independent campaigns, the practical political history ties them together more than the lawyers believe. In the past 40 years, the Governor and LG have come from the same party every time except 1977, 1993 and 2005.

In 1977, Democratic Chuck Robb overcame a GOP GUV landslide to win. But Robb was destined to be a huge political figure in Virginia. In 1993, incumbent LG Don Beyer likewise overcame a big GOP landslide. In 2005, GOP loyalist now “free at last” Republican outlaw Bill Bolling won for LG in a close race despite a Democrat winning the Mansion by a decent majority. The point being: 1977 and 1993 have special reasons to be considered unique situations. Thus only once – 2005 – is there a situation where a normal election cycle saw the voters split their ticket for GUV and LG.

Bottom line: Candidate Jackson is a huge burden for GOP GUV guy Ken Cuccinelli. All those in the GOP who think otherwise are delusional. In the view of 200-proof, Jackson will cost Cuccinelli 3-5 points unless something significant changes between now and election day. Assuming the Northam campaign doesn’t explode, it is difficult to see Jackson winning unless Cuccinelli himself is winning in a landslide. But no one in the Cuccinelli camp is predicting such a result: they know a narrow win would mean they had run the perfect campaign.

Net, net: Cuccinelli has to be considered a 3-5 point underdog right now. With Governor McDonnell’s star tarnished, and Cuccinelli unable to articulate a compelling vision for his Governorship, his many battles on social issues present a lot of solid campaign material for the Democrats. Lacking a compelling non-social vision attractive to swing voters, Cuccinelli presents the easiest GUV political target for Democrats since GOP GUV nominee Wyatt Durrette in 1985, hobbled by open rebellion in the ranks.

This leaves the race for the new Attorney General, featuring Senator Mark Obenshain on the GOP side against Democratic Senator Mark Herring. It is actually the most classic match-up, two current office holders with widely different voting records on the big issues. Without the turmoil in the GUV and LG spots, Obenshain would be the  favorite. But here in 2013, the AG’s contest is going to be heavily influenced by the GUV and LG races. There will be some “rally around the GOP flag” for Obenshain as the one guy acceptable to all the wings of the party. But this still leaves the Senator at the mercy of events at the top. Moreover, he is not an aggressive campaigner.

The AG bottom line: A down ballot race like AG is lost in the political fog until October unless a candidate runs a very clever campaign, assuming no scandals. This doesn’t fit the Obenshain style. He is basically a laid-back campaigner. All Herring has to do is keep it in the road, and like in NASCAR, draft behind Northam until the final 30-day sprint. Boring but effective.

Historically, GOP AG candidates who are credible tend to run well in the polls: they have won every race since 1989. But this is misleading. Herring is the favorite right now, especially since there is little evidence of any cross-over voting as in years passed. If the top of the ticket is close, then the best campaign is likely to prove the key to victory in the AG’s race.

The view from June 12th: Obenshain is the strongest GOP underdog. But Herring seems more capable of running the tough, no-holds barred campaign that Obenshain likely would need to win at this point. Cuccinelli seems to feel, based on his strategy to date, that he has some “killer negatives” on McAuliffe, thus allowing the GOP GUV guy to win without a compelling non-social vision. Here at 200-proof politics, we rate this a pipe-dream: every campaign I can remember thinks it has the “silver bullet” kind of thing. It ain’t ever the case. Candidates tend to live in their own reality.

As for Mr. Jackson, the fact that he was nominated and the Governor threatened with being booed if he showed at the GOP Convention is omen enough: at the statewide level, the VA GOP is like 1985, so racked with feuds that too many of them would rather lose than do what is necessary to win.