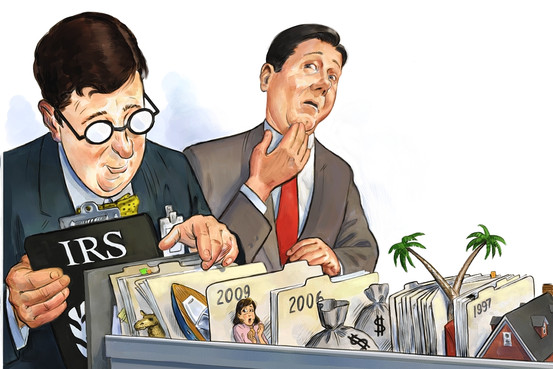 We all know by now that Bob McDonnell and Ken Cuccinelli both suffer from a form of Republican temporary amnesia caused by being found out about gifts given to them by a sleaze ball trying to curry favor. And, when it comes to stock in a dubious corporation being investigated by the Feds for possible stock manipulation, one having multiple class-action lawsuits against it, McDonnell got a unique form of that amnesia known as “I don’t know what my wife did with $50,000.” Cooch, on the other hand, just “forgot” that he bought $12,000 worth of Star Scientific stock, which he sold at a profit. (Funny, selling stock at a profit isn’t something I’ve ever forgotten.)

There may be yet another scandal waiting for the memory-impaired twins of Virginia GOP politics. In late July, Citizens for Responsibility and Ethics in Washington (CREW) sought an IRS investigation into whether McDonnell and Cuccinelli violated the Internal Revenue Code by failing to report income received from Jonnie R. Williams and Star Scientific Inc. and failing to pay taxes on said income. Now, Cooch will certainly do a “McDonnell” and claim that these were “gifts,” but the IRS code isn’t as forgiving as Virginia’s non-existent ethics laws.

If Cooch claims that a big box of Star Scientific’s Anatabloc given to him, worth more than $6,000, was a gift that he didn’t have to report as income, he will have to explain away a statement by William’s’ attorney that the product given to Cuccinelli was “part of the company’s regular marketing practices.”  That is not a “gift.” He also will have to explain away the fact that Jonnie Williams provided Cooch and family with vacations at the specific request of Cooch. That doesn’t sound like a gift that meets the criteria of the IRS for exemption from taxes. To be exempt, gifts have to be made with a “detached and disinterested generosity,” not at the request of the recipient. An additional problem is that Cuccinelli has admitted  Williams talked to him about the tax case the state has against Star Scientific and Cooch recommended Terry KIlgore as a lawyer knowledgeable about the state tax code. Is that a quid pro quo??

Cooch brags that he “released” several years of tax returns, but that’s not quite the truth. He allowed selected reporters to look at the tax returns and make notes, but he did not allow copies to be made public. He’s good enough a lawyer to know that if the IRS finds he has willfully misrepresented information on his tax returns, he faces felony charges. We can only hope….