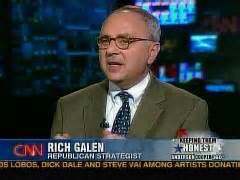 First, as my ole friend Mike Allen would say, let me give a hat tip to Joe Morrissey. He pointed out to me the possible legal implications of the amazing rant against Jonnie Williams, aka Willie The Rat, by Governor McDonnell’s highly paid PR person (the one hired to defend His Excellency in public against the Rolex/House Loan/Dress//Wedding Cake/ “Money for Nothing and Your Chicks for Free” scandal(s) the titular head of the GOP finds himself facing. To paraphrase the AC/DC song: “Prosecutors to the left of me, prosecutors to the right.”

Of course, that’s if you believe the media stories of the last months. As I have written, the Governor deserves the benefit of the doubt. But he also deserves at least to have one person in his employ who understands the media and how not to do stuff that hurts the boss and leaves collateral damage everywhere.

Case in point: On page A-10 of this morning’s Richmond Times-Dispatch, you find what I naturally viewed at first from my 200-proof political point of view as really bad for Ken Cuccinelli. What happened? I will leave the Ken stuff for tomorrow, since this is too good to waste on just one column. Terry’s folks will probably jump on it by then. But if not, we will have some fun.

For now, let me focus on how the Governor’s PR guy made it clear that Team McDonnell is sweating bullets over a possible criminal indictment by the federales. That’s right: as will be clear, the only reason for such a rant is the gnawing fear Willie The Rat and Uncle Sugar are teaming up to ruin Governor Bob’s biscuits.

Richard Galen, aka professional PR Guy Big Time, went after Jonnie Williams with a hatchet in the RTD today. Let’s remember: a few months ago, Governor Rolex – I mean McDonnell – was saying that Jonnie Boy was a great friend, someone he respected and someone who had helped him out with no expectation of any quid pro quo whatsoever. JW was just a goodhearted boy from Chesterfield who decided to help his Governor on account of public spirit. At the time, Mr. Williams was represented by the law firm of one of the Governor’s best friends, indeed his predecessor as AG, Republican Jerry Kilgore.

The Governor’s best lawyer, Tony Troy, put a few weeks ago a report saying McDonnell had never done so much as the smallest favor for Williams. In turn, Williams supposedly had never indicated that he ever expected anything of the kind, nor was there any reason to believe he had such a hidden expectation (those facts, if true would be a total defense to any Hobbs Act violation). Bottom line: In Troy’s narrative, Williams was Willie The Wonderful, Gandhi in a business suit, a real MBF, McDonnell Best Friend, a charter member of their mutual admiration society.

That was, until this morning, when Mr. Galen, aka PR Guy Big Time from DC, basically called Willie The Wonderful…Willie the Rat, a no good money grubber who is a sleazy business guy for sure, up to no good, interested not in the public interest but only how to make money off the public interest, a guy who, according to the great scene in the movie Wall Street, “would sell out his own mother” to make a buck.

The point being: Mr. Galen’s rant DOES THE GOVERNOR ABSOLUTELY NO GOOD. Indeed, unless there is a real fear of an indictment based, in part, on Willie The Rat telling the federales whatever was necessary as part of deal to avoid his own indictment, why attack him? Think about it: First of all, attacking Williams in this manner is a not-so-subtle shot at the U.S. Prosecutor. How does that help exactly? It doesn’t. Secondly  does it help the Governor to be publicly saying  he was not only dealing for years with someone of Mr. William’s low moral character, but that the Governor considered him a friend of Virginia, a public spirited citizen, and that EVERY WORD OF THIS is now (apparently) WRONG?

If all this has always been true, then how does the Governor explain having dealt with Williams all those years – not to mention having defended him all this year? Think about it: Why did the Governor return the gifts and pay back the sweetheart loans in July, when he could have done the same thing in April when the story first broke?

The guess here: at the start, Jonnie Williams and the Governor were on the same legal page in fighting off the prosecutors. One suspects the Governor realized Williams had decided to cut his own deal sometime post-April. His team then  decided the best course of action was now to return the gifts, pay back the loans, hoping to make it clear that if he HAD known what Williams had in mind, he would NEVER have taken the stuff in the first place.

Again, think about it: The federales are not interested in whether the Governor violated the state law on gift disclosure. THAT IS NOT A FEDERAL CRIME. Rather, the federal government is interested in two things generally: A Hobbs act type quid pro quo arrangement, and potentially some income tax/bank loan document issues. Those are federal matters.

So do the math: If the Troy report is right, and there is nothing in the public record to show the Governor doing anything criminal for Williams, then WHAT EXACTLY COULD WILLIAMS TELL THE FEDERAL PROSECUTORS TO REFUTE THAT CLAIM? In that case, why attack him in public if the guy has nothing to say? Why anger Willie The Rat and more importantly, indirectly malign the prosecutors for cutting a deal with such a guy? This surely can’t help in your dealings with them.

The suspicion here: Williams might have something to say that will sound plausible. What could it be? Williams could say the Governor knew he  expected some help in promoting his one-time myth of a tobacco company now-turned myth of a diet supplement/Alzheimer’s-curing/health-care company. In theory, such help could take on many forms, nothing at all connected to the type of specifics in the Troy report. Williams could also talk about Mrs. McDonnell.

What the Governor could fear: That Williams, for a deal with the feds, agreed to testify that McDonnell knew all along, as did Mrs. McDonnell, the real reason he was buying gifts and loaning money at sweetheart interest rates. Moreover: Johnnie could say that he gave the wedding gifts not to help the children, but actually as a way to put cash in McDonnell’s pockets without it becoming taxable income to McDonnell, since it was technically a gift to the daughters. That would be enough to convict McDonnell of a Hobbs Act violation if believed by a jury. It would also be enough to indict McDonnell if believed by a grand jury. Would the Feds move against a sitting Governor based on Williams’ along? I would hope not. But Williams added to a trial of circumstantial evidence, matching a seeming pattern, is another story.

Moreover, it really would not be an admission of criminal wrongdoing by Williams even if he didn’t have a deal for immunity. Why not? According to Tony Troy’s report, Williams never asked McDonnell for a favor of any kind connected to the Governor’s exercise of public power. Ergo: How could the federales have overcome the the Troy Report, along with Williams’ similar denial, to make a case against Willie The Rate? They couldn’t.

You got it: Williams got McDonnell to clear him….and then he went from Willie The Wonderful to Willie The Rat. NO WONDER Galen is going bonkers on this. Admittedly, it is just supposition. But it does fit the known facts as reported in the press and seemingly consistent with Galen’s rant.

Bottom lime: How does it help McDonnell for his PR guy to public attack Williams as a “dirty rat” as James Cagney might have said, always out for himself, a “me” business guy trying to benefit from public power? This PR rant doesn’t impress the FEDS, indeed the opposite. It doesn’t stop Willie the Rat from Ratting, indeed it does the opposite. It doesn’t impress the public. Indeed quite the opposite here as well.  Now, McDonnell has created a whole new negative narrative requiring a rehashing of the Mess but from a different unflattering angle. What kind of PR did the Governor hire Galen to produce anyway, more bad stuff?

Meaning: The only reason to attack Williams is to try and damage his credibility. But who gives a damn about Williams except….maybe a future jury, or the McDonnell faithful in the electorate who need to have a reason to consider any possible future indictment as based on a DEM Administration cutting a deal with a sleazy business guy to bring down a popular GOP conservative Governor mentioned as a 2016 Presidential possibility?

If McDonnell were to get indicted, he would surely cry “partisan politics” or the like, rallying the GOP so that he could finish out his term.

Let me repeat myself: NOTHING McDonnell can now say about the stuff in the past relative to his Mess can change the direction of the narrative. It will be more of the same bad news from a different angle.

Instead, his ONLY hope now is to call a Special Session, change the discussion from how he caused the Mess to how he is trying to do the right thing and leave office having Fixed it. In that narrative, he gets to talk about the future laws, future clean campaigns, future freedom of politics and governing from this stuff.

The whole stuff will still be there. But the thrust of a Special Session narrative is about new things for the future, not new ways to spin bad stuff from the past.