This morning came encouraging news for anyone who cares about: a) human health; b) human well being; c) the future of our planet’s habitability (or lack thereof, if we continue on the current path); and d) the transition to a sustainable energy economy (which will still happen, but much more slowly, if the fossil fuel companies and their Republican lackeys get their way). What sane person could oppose human health and well being, having a habitable planet for future generations, and building a prosperous and sustainable economy for the 21st century and beyond? Take one guess.

You got it: Virginia Republicans – who receive huge sums up campaign ca$$ from coal (and other fossil fuel) companies – are ratcheting up the hysteria this morning about the “war on coal.” Mark Obenshain, for instance, hyperventilates that “[a]s Attorney General, I’m going to stand up for coal jobs, and for all Virginians, in opposing these overreaching federal regulations that kill jobs and economic opportunity in Virginia.” And Ken Cuccinelli goes for his usual wildly-over-the-top, super-hyperbolic approach, Big Lie approach, claiming (falsely) that the modest – and long, long overdue – new rules on future power plants will ” crush Virginia jobs and hike energy prices for businesses, families and workers.”

Here’s what you need to know about these statements: a) they’re complete bull****, essentially not an ounce of truth to them; b) they’re aimed at continuing the coal company gravy train – boatloads of campaign cash

from the coal companies, that is – to their own campaigns; and c) did I mention that they’re totally full of it?

How about, instead of Republican blather and hysteria, we look at a few actual FACTS? I know, what a concept! Anyway, here goes (fully aware that Republicans do NOT care about facts). 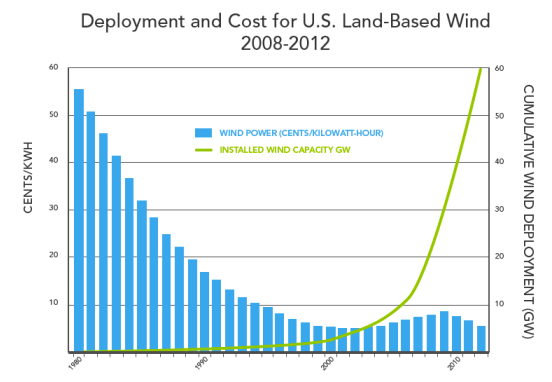 1. “Did the EPA just kill new coal plants?”, Mark Obenshain asks? Uh, no. Not even close. For starters, these long overdue (given that the Supreme Court back in 2007 essentially ordered the EPA to issue regulations on CO2 emissions) rules only cover NEW coal-fired power plants, not on EXISTING ones. But, you say, that’s a big deal, right? Well…see #2 below.

2. In fact, as the Washington Post’s Wonkblog explains: “It’s entirely possible that no coal power plants of any type will get built for years, regardless of what the EPA does Friday. That’s because natural gas is so cheap right now it’s not really economical to build coal plants.” That’s right, let’s emphasize that point: cheap natural gas has ALREADY made new coal-fired power plants uncompetitive. And that’s HIGHLY likely to continue, given the boom in natural gas production in this country. Here’s Wonkblog:

That’s one reason why an earlier draft of the EPA power-plant rule predicted that the regulations for new power plants would have virtually no costs in the near term. After all, no new coal plants were likely to get built in the United States anyway. So the EPA rule won’t make much difference one way or the other. Unless, of course, natural gas prices rise unexpectedly  – something that’s happened in the past.

Did you hear that, Ken Cuccinelli and Mark Obenshain? That’s right: natural gas is out-competing coal (it’s called “capitalism,” ever hear of it, Ken and Mark?); and because of that, “no new coal plants were likely to get built in the United States anyway.” None. Zero. Nada. Zilch. So what the hell are you hyperventilating about again?

3. Coal-fired power plants are also increasingly not competitive with clean energy. As Secretary of Energy Ernest Moniz explains, we are undergoing a “clean energy revolution – now.” Did you know, for instance, that in 2012, “wind was America’s largest source of new electrical capacity, accounting for 43 percent of all new installations?” Did you know that since 2008, “the price of solar panels has fallen by 75 percent, and solar installations have multiplied tenfold?” Did you know that “[r]enewable energy is becoming more and more competitive, to the point now that new generation from wind costs less than conventional coal-fired generation — and can even give natural gas a run for its money?” (see above graph from Greentech Media on the steeply falling cost and rapidly increased deployment of wind power)

4. If you’re a dumb enough investor to put money into new coal-fired power plants, even as they are being out-competed by natural gas and, increasingly, wind and solar (not to mention energy efficiency, which demolishes new coal-fired power plants purely on economic grounds), the fact is that coal plants can still be built under the EPA regulations. But again, you’d be really, really dumb to build one, given that they are not the lowest-cost option to generate power, and given that the trend lines are all moving in the wrong direction – for coal, that is.

5. Research shows that far from being an economic positive for coal-producing regions, “[c]oal mining areas fared significantly worse on all indicators compared with non-mining areas of Appalachia and/or the nation.” That’s in terms of median household income, poverty rates, unemployment, disease and mortality rates, you name it. The question is, why would anyone in their right mind want to invest in something that kills jobs, humans, and the environment, especially when it’s not even economically competitive with other options (natural gas, energy efficiency, wind, and increasingly solar power)? You’d have to be an ignoramus, right? Speaking of which…hello Ken Cuccinelli and Mark Obenshain? Any response to these facts? Or are you just going to keep on hyperventilating and making s*** up?

When you go vote this November, keep in mind that Republicans like Glenn Youngkin and Jason Miyares don't believe any of this needs to be reformed...quite the contrary, they think it's 100% a-ok! https://bluevirginia.us/2021/06/monday-news-novavax-says-its-covid-vaccine-is-90-effective-the-fall-of-king-bibi-the-price-of-no-consequences-for-trump-black-virginians-took-ralph-northam-back-neither-h#comment-5419286173 h/t @CandiKingForHD2