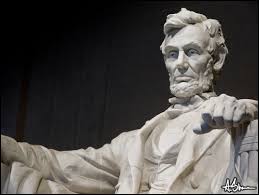 Some Southerners still call the Civil War the “War of Northern Aggression.”  I’ve already shown that — it being an act of outlawry to secede the way the South did it — it was no such thing. But was Lincoln, even though he was entitled to use force, nonetheless wrong in his judgment that it was worth a war to hold the Union together?

Abraham Lincoln is generally rated by historians as the nation’s greatest president ever.  He was certainly an extraordinary man with a great spirit.  His level of compassion, his inclination to forgive those who wronged him, his craving for peace-in all these ways, he seems to us now, and seemed to a great many of his contemporaries, an exceptionally humane man.  Also, his navigating of the most complex of waters, during our nation’s greatest crisis, suggests a man of astonishingly acute and subtle judgment.

But for at least a decade I have been wondering about the wisdom and rightness of the main decision of his presidency, the judgment on which almost everything else about his presidency rested: to go to war against the secessionist South in order to preserve the Union.

Lincoln decided to use force to hold the Union together for two main reasons.  One is that he believed the secession unconstitutional, and thus that his oath of office, to defend the Constitution, required that he enforce the irrevocability of the states’ membership in the Union.  That position was at least arguable, so I don’t think Lincoln needed to feel absolutely honor-bound to resort to war.

I’ve not come across serious Civil War scholars who question that judgment.  But I am unconvinced of its validity.

It is not clear to me that the example of the American democracy would have been discredited if the two regions — which had become in many ways like two different cultures, aside from the deep polarization that had antagonized the two against each other — had negotiated a separation.  When Czechoslovakia divided into the Czech Republic and Slovakia, that peaceful division seemed an accomplishment to their credit.

If I could place myself back in early 1861, and were in a position to advise the newly-elected President, this is what I would have counseled:

“Offer to sit down with the Confederates and negotiate over the question of their independence.  Keep the military option open, use it subtly as an inducement to come to terms favorable to the Union of which you would still be president.  Your unwillingness to allow slavery to spread further into the American territories can guide the terms you would accept.  See if this can be accomplished peacefully.”

Of course, I have the benefit of hindsight:  I know that the war would be more terrible than either side expected at the outset.  (Nonetheless, during the 1850s, as the specter of secession loomed, many did anticipate that the outcome might be a nightmarish war.)

Still, as with all counter-factual history, my hindsight doesn’t enable me to see whether my proposed alternative would have worked out better.

In The Federalist Papers, one of the arguments presented for the former colonies to form “a more perfect Union” is that if the colonies break into more than one nation, history suggests the great danger that these sovereign entities would in time find themselves at war with each other.  My proposal to Lincoln, the logic of The Federalist would suggest, might only postpone the war.

Indeed, I expect that danger is even greater than the general history of intersocietal relations would suggest.  For I do believe that the spirit animating the South was one that was itching for a fight, and I am quite uncertain whether peace would have been possible. Here are three reasons I might be wrong about the chances for a peaceful resolution.

First, I wonder if the Confederate States of America would have been willing to cede to the Union, as part of the price of secession with peace, ownership of the territories of the West that were not yet admitted as states.  If I’m right about the spirit animating the South, it might well have been impossible for Lincoln to have achieved acceptable terms.

Second, having read about the appetite of the Southerners for additional territories into which they could take an economy based on slavery — Mexico, Central America, Cuba…– the Confederacy might have been an especially difficult neighbor with which to live at peace.

Third, if I’m right about the South being, at some level, driven toward conflict – driven, I might say, to destruction (this will be the subject of the next installment) – then that, too, might have made a peace between the USA and the CSA difficult to maintain.

Despite all those, I believe that an attempt at negotiating the division of the United States into two nations would have been preferable to the course taken.

Lincoln never considered it.  (Many others in the North advocated a position like mine:  let the South go, they said, weary of the trouble-making and bullying they’d experienced from that region.)

Perhaps Lincoln’s reasons were good.  Perhaps this compassionate man – who was also a very complex man– had a dark side that expressed itself in his rigid determination to undo the secession of the South through war.

I don’t know if Lincoln is to be faulted here. But I hold some space in my thinking for the idea that, in the course Lincoln took, the North bears some responsibility for the fact that the central issue of that era was decided not peacefully but through a monstrous war.