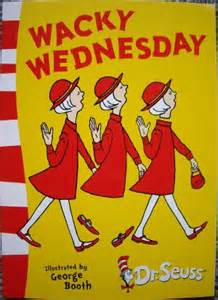 This entire governor’s campaign has been bizarre and wacky, and at this point just about NOTHING would surprise me. Still, a spate of polls have been released in the past couple days that are just all over the place in every way: methodology, “top-line” numbers, “internals,” trend lines, quality level, you name it. Here’s a quick summary.

2. Quinnipiac poll (10/22-10/28): McAuliffe up 4 points (45%-41%), with Sarvis at 9%. Generally speaking, Q-Polls are pretty good, but this one did some funky things, like made the male-female split 50/50, which is almost certainly not going to happen. They also seriously tweaked the GOP/Dem breakdown – in the direction of the GOP – since their last poll a week ago. Not sure what to make of any of that, but it shows the race tightening a bit, and Cuccinelli’s fixating on this poll and trying to make the most of his “Mitt-mentum!” LOL

3. Roanoke College “poll” (10/21-10/27): I put “poll” in quotes because this outfit has a track record of being wildly all over the place, with a strong Republican skew to boot. Yet somehow they have McAuliffe up 15 points (46%-31%), which can’t possibly be true. So weird. They’ve got Sarvis at 9%, which at least makes sense. Remember, Roanoke College “polls” had Kaine and Obama both DOWN five points in Virginia just days before last year’s election (which Kaine and Obama both won); showed a 15-point swing towards Romney and Allen in Virginia during October 2012; and was ranked by Nate Silver as the 6th worst “poll” in the entire country (out of about 90 polls), with an “average error” and pro-GOP “bias” of 8.1 points each. So keep all that in mind when considering these “poll” results, whether they show the “blue team” up or down.

4. Hampton University poll (10/26-10/27): Has McAuliffe up 6 points (42%-36%), with Sarvis at 12%. I’m really not sure what to make of Hampton U. polls, but I’m leaning strongly towards “not much.” I mean, these top lines just don’t make much sense – Northam up only 6 points over E.W. Jackson? No way. Also, last month’s Hampton poll had Jackson UP over Northam 39%-38%. That’s even LESS likely, bordering on delusional. As a political friend of mine and I were chatting about a little while ago, there are a ton of small colleges and universities out there that like doing polls, as they’re fairly inexpensive and reliably get the college’s/university’s name in the news. As an added bonsu, the college/university can also claim the polls are educational for their students. The problem is, most of them are crap. Like this one, as far as I can tell.

5. Rasmussen Reports poll (10/28-10/29): Speaking of crap, there’s always Republican hack “pollster” Rasmussen, which incredibly had McAuliffe up an implausible 17 points in its last poll. Anyway, they now have it at a 7-point lead for T-Mac (McAuliffe 43%, Cuccinelli 36%, Sarvis 12%), thus a 10-point narrowing in a week. Yeah, well, it’s Republican Rasmussen Reports, so what else would we expect but weird and wacky?

So where does that leave us? Well, probably the best thing is to stick with an average, like Real Clear Politics, which has McAuliffe up 9.1 points, not counting the Roanoke +15, the Hampton +6, or the Rasmussen +7. Got that? 😉  Oh, and keep in mind that Cuccinelli hasn’t led in a poll since late spring/early summer, and that McAuliffe’s campaign has supposedly built a superb GOTV operation. Still, the key is who shows up, so make sure you remind everyone you know to vote on Tuesday, for the entire Democratic ticket of course. 🙂