The following op/ed by me has appeared in newspapers in my part of Virginia. 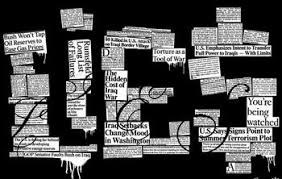 I want to speak to the conservatives in this area.

I know from experience that you are good neighbors, and that you make a local society in many ways is admirable. But I am concerned about what’s happened with you in the larger political world.

It’s not about your conservative values, which on the whole I think are valuable to America. It’s about what’s happened over the past generation regarding the things you think to be factually true. I ask you this question: If a lot of what you believe to be true were actually false, would you want to know?

At this point, I imagine many of you angrily dismissing my question. After all, am I not the guy who ran for Congress as a Democrat, and aren’t Democrats the enemy and not worth listening to?

Setting aside this demonization of the “other side,” I hope you will recognize that I speak to you not as a Democrat but as a person with a lifelong passion for truth.

That’s how I was brought up. My Dad, a man of exceptional intellectual integrity, taught me that the honest pursuit of truth was of the highest importance. We should resist the temptation to believe something because believing it makes us feel good. Or because it helps us fit in with “our group.” Instead, we should do the work to find the truth: ask the right questions and learn the skills to find the answers, following the evidence wherever it may lead.

In the 1990s, I introduced my Harrisonburg radio show with the suggestion that we talk to each other as if we might actually learn from each other. I thought we’d all become wiser if we worked to integrate the insights of both sides of our political world. But such conversation becomes impossible when we don’t even share the same facts.

I ran for Congress last year under the slogan “Truth. For a change..”  I ran as a Democrat not because the Democrats are wedded to the truth –they’re a normal American party in that respect-but because on the Republican side I saw such a disturbing level of dishonesty.

If you were to make a list of, say, the 50 main propositions that have been propagated to the Republican base over the past decade-plus, it would be hard to find more than a few that are even mostly true. For example, how many of these have your Republican leaders told you?

• The basic idea behind Obamacare is extreme, outside the American mainstream.

• The science behind “climate change” is not genuine science and cannot be trusted.

• A high proportion of the poor are lazy free-loaders who game the system and live high on the hog at the expense of “productive” Americans.

• There are serious scandals that have been revealed concerning Acorn, the conduct of the IRS targeting political organizations for tax-exempt status, and the four American deaths at Benghazi.

• We’ve had a massive redistribution of wealth in the U.S. from the haves to the have-nots.

• Under President Obama, during the economic collapse that began just before he took office, we’ve seen a reckless government spending binge, and the federal deficit is still mushrooming.

• America is overtaxed, over-regulated, and hobbled by big government.

• Liberals hate America, want to dismantle American capitalism, and are trying to erect a government that will kill our liberties and tyrannize the American people.

• The key to preserving our liberties is to stand firm against all laws regulating the private ownership of firearms.

• It’s crystal clear how our Founders would want us to interpret and apply the Constitution, and whoever would apply it differently from Justice Scalia’s decisions must be acting in bad faith.

Some of those are outright false. Others are mostly false. Not one of them could be shown to be mostly true.

It’s not just liberals who would reject these propositions. Only in what has been called the “bubble” on the right are these things believed.

It’s hard to exaggerate how dangerous this is. Getting millions of people to believe these sorts of falsehoods has allowed very destructive forces to gain power in America, and that in turn has already done great damage to our nation and threatens to do much more.

That’s why the question I asked you is important: If it were true that your picture of the political world was seriously misaligned with reality, would you want to know?

Coming to such a realization would certainly be uncomfortable. But that discomfort should be weighed against the profound costs being paid by our nation because of such falsehoods. I would hope that those who have embraced the false picture that’s been sold on the right would be willing, as American patriots, to make the sacrifice of enduring that discomfort.

Kellen Squire: Young White Men Like the Buffalo Terrorist Are Radicalized Online; We Need a Systemic Effort to Fix This