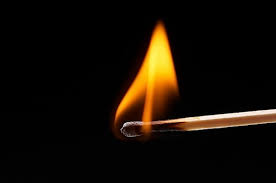 The goal of my campaign is to get our national conversation to focus on how destructive a force has taken over the Republican Party, and thereby to drain power away from that force.

Here’s the main thing this campaign has going for it: I’ve got a message, like nothing that’s out there now, that might well be able to achieve that. It is thought through, it is developed along many dimensions, it can be expressed simply or elaborately, and it can create a picture of the dangerous reality of our political crisis that America needs to see.

(I do not say that to boast; it is simply the reality that, because I see it, drives me relentlessly to bring that message out into the center of the political battlefield of our times.)

And it has the potential to light a fire first in liberal America, which is where this campaign must first get off the ground. I will be attempting at the outset to light that fire, to inspire the like-minded to join the campaign.  There are several means I’ll be employing in this fire-lighting effort (including talks around the country, and media appearances as well), but one of the most important will be through a series of articles.

It is about that series I want to talk here, and about how I am inviting people to help me with that series.

I will be trying out – on my website, www.NoneSoBlind.org  — various ways of beginning this series. And I will be inviting people to give their thoughts about how these articles should best be composed and disseminated and, quite important, in what sequence the various pieces should be played.

Here are some of the challenges this campaign faces:

Although I’m not completely unknown, I am still a rather marginal voice in the big picture. If a list were made up of the most important liberal voices in our times (Bill Moyers, Paul Krugman, Rachel Maddow, etc.), I would be rather far down on the list. From low down on that list, one does not readily get the amount of attention this campaign will require to have a chance to succeed.

So one thing that the beginning of this series has to do is to capture attention beyond what I usually get. One way of doing that is to be unusually bold – bold in my claims, bold in my rhetoric, bold in putting provocative ideas on the table.  I am prepared to do all that, so long as I believe fully whatever I am boldly saying.

2) How do I establish my credibility?

If I manage to get people to take a look, I still need them to stick with me.  And for them to do that I will need for them to believe that it really is possible that, as I claim, my campaign offers them the best available means for them to make a difference and wrest power from this destructive force on the right.

So my opening pieces should be powerful enough that they, in themselves, help to establish the credibility of that claim – the power of the message, my capacities as a messenger.

But that’s not enough here. I need for people to believe more than I can quickly prove.

If I could demonstrate in a flash what I’ve got to offer – the way a guy who claims he’s a power hitter can prove it with one swing of the bat – that would be great. But, even though I can demonstrate some things in an opening move or two, there is a whole lot of what’s potentially powerful about my message – that I think could help make it stick — that takes time to unfold.

So part of the task in the opening entries of the series is to get people to stick with the process for a while, long enough to enable them to get the picture on which their judgment on my claim – that this campaign is where they should invest their energies – should be based.

3) Can I inspire people to help the campaign?

This campaign can only succeed if a goodly number of good people help out.  (My estimate is that, in terms of the team it needs, this campaign should be roughly the size of a campaign for the U.S. Senate.)  So if I’ve managed to get people to pay attention, and if I can persuade them that this campaign might really make a difference, I still then need to inspire people to give this effort their time, energy, money, creativity, and passion.

So part of what I need to do, not far from the outset of this series, is to start gathering those thus inspired to join in the effort, maybe even join the team-to spread the word to their own networks, to help with strategy and execution, to self-organize into an effective campaign, to establish connections with potential allies, to identify the people with the skills and connections to move this message toward center stage, to raise the money necessary to hire those necessary people who must be paid.

Those are the things that this series must help to accomplish.

For months, I’ve been getting exciting ideas for entries in this series. But I’ve been inhibited about going public with any of them. What’s held me back is that I’ve been overwhelmed by the variety of possible messaging strategies. I’ve got to get it right before I go public, I’ve thought, believing that I only get one chance to make my debut on the various websites – including Blue Virginia – on which I will be posting this series.

So I’ve held back, waiting for the path forward to become so clear that I’m untroubled by uncertainty.

Now, I’m seeing a way around that impasse. It is to make my own website – www.NoneSoBlind.org – a kind of private/public workspace where I can try things out and get the benefit of the input from people who wish me well in this effort. It will be a place where I don’t have to be sure I’ve got it right.

I shouldn’t have to figure it all out myself, not if there are already enough people with whom I have enough credibility that they’d like to see just what I have in mind and perhaps to help it achieve its potential.

So, in the hope that — after the many dozens of pieces I have posted here on Blue Virginia over the past three years – I’ve got some such credibility with some of the people here, I hereby invite you on Blue Virginia to visit my workshop on NoneSoBlind, and give me the benefit of your ideas and counsel.

As I say in one of my potential entries for the series, I am a serious person, approaching my 68th birthday, and I would not be doing something so brash if I did not feel that there were something important for our country that we can achieve together.

ANDY  PS: The entries on NoneSoBlind that are potential entries — or potential material for entries — for the series will have two asterisks in front of their titles. I have just posted one such piece, which can be found here: http://www.nonesoblind.org/blo…