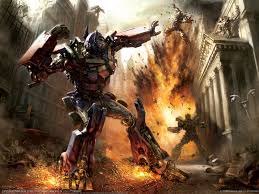 This piece ran as an op/ed in almost all the major newspapers of Virginia’s 6th congressional district.

Oh how I wish the people of America – liberal and conservative – could join together to protect our common interests and shared values. While focusing on issues that divide us, we are in danger of losing our birthright.

Power in America has shifted from the citizenry to the corporate system. The role of money in American politics – always a problem – has greatly expanded.  At the same time, wealth has been drained from the middle class and increasingly concentrated in the hands of giant corporations and the relatively few individuals who run them.

As our democratic government becomes ever more an instrument of the corporate system, our nation’s constitutional doctrine is being pried open ever wider to allow corporations the political rights of actual “persons.”

We Americans should be asking, “What kind of ‘persons’ are these corporate giants whose rights and powers in our political system are expanding so dramatically?”

The answer is not comforting.

The original idea of a “corporation” in American law was an entity that would serve the public good.  But our giant corporations today are set up in a way that virtually requires that they behave immorally whenever their profit-making conflicts with the public good.

Those who run our publicly-traded corporations declare that their fiduciary duty is to serve the interests of those who own their companies.  But while real human beings care about many things, the corporate system is set up so that the “interests” of the owners of corporations (i.e. stockholders) are defined in purely financial terms. The ostensible owners have no effective way of registering other concerns. As a result, the corporate decision-makers see themselves as obligated not to allow any other values to interfere with the maximization of profits.

In other words, our corporate system is structured so that these mighty “persons” will behave like sociopaths, governed by selfishness unrestrained by conscience.

This sociopathic quality shows itself in virtually every case where industries have discovered that their products kill people. The asbestos industry is still in courts around America and the world for hiding from their workers the lethal truth the companies knew full well.  The result of their deception was that many thousands died terrible deaths from asbestos they breathed on the job.

The big tobacco companies lied for decades about the connection between their products and fatal illnesses, maximizing their profits even at the cost of their customers’ lives.

Now the hugely powerful energy industry is doing much the same, running a public disinformation campaign to sow doubt where science says there is none. In the pursuit of short-term profits, they work to keep us addicted to their products even if the disruption this causes to the earth’s climate has a catastrophic effect on the lives of our children and grandchildren.

Are these the kind of “persons” we want controlling our government, making the decisions about what kind of nation America will become?

This power without conscience is increasingly visible in countless decisions being made in our political system.

All of us real persons in America have a profound common interest in protecting our founding vision of a government not just of the people but by and for the people as well.

When we get distracted by the issues that divide us – the issues on which our differences cannot be resolved – we are falling into the trap set by powers working hard to weaken us. Divide and conquer is clearly their strategy.  Our strategy must be united we stand.

Andy Schmookler is an award-winning author whose books include THE PARABLE OF THE TRIBES: THE PROBLEM OF POWER IN SOCIAL EVOLUTION. He was the Democratic nominee for Congress in Virginia’s 6th District.

Andy is now launching a new campaign. This campaign is not for elective office but to move the core issue of our national crisis — the destructive nature of the force that has taken over the political right — to the center of our national conversation. To help accomplish this, he is writing a book, which will soon be appearing piece by piece on the web, on WHAT LIBERAL AMERICA SHOULD UNDERSTAND ABOUT EVIL.