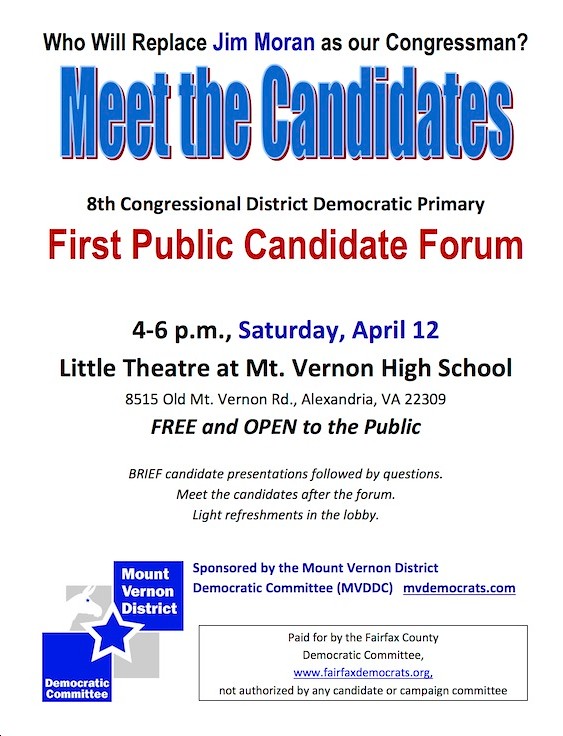 Here are a few national and Virginia news headlines, political and otherwise, for Monday, March 31.

*Panel warns of worsening effects of climate change (“Global warming is hurting the poor and may lead to more civil wars and amplified economic shocks as its effects grow more severe, a U.N. group says.”)

*Malaysia Official Traveling to US to Discuss Jet Search

*What to expect in the next fight over the health-care law (More Republican lies and lunacy.)

*Chris Christie apologizes for ‘occupied territories’ remark (So, the bully gets bullied and immediately caves. Utterly pathetic. And by the way, there was nothing to apologize for here, as Israel itself has agreed to trade occupied territories for peace.)

*The ACA Surge Blackout (“It’s not in itself that big a deal, but I’m somewhat amazed by what amounts to a de facto blackout by major news media on a developing story that’s really obvious if you read the invaluable Charles Gaba, or even the White House blog: a huge surge in Obamacare enrollments in the final days of the signup period.”)

*Va. attorney general turns attention to public safety (“Mark Herring’s gay marriage ruling sparked fears of activism, but his later actions have been more bipartisan.” Note to Roanoke Times: there is absolutely nothing “partisan” about equal rights for more Americans!)

*Hampton Roads, home to a good mix (“It’s old news that Hampton Roads is one of the least racially segregated places in America. Figures from 2010 showed that of the 100 largest metropolitan areas in America, this region ranked 86th in terms of segregation by Census tract.”)

*Out with rain and snow, in with sun