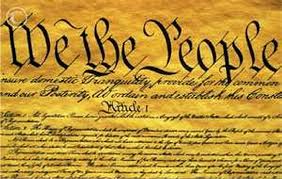 Do the 2014 elections look promising for the Democrats? Not so far as I can tell.

Do the Democrats have a bold plan to inspire the American people to turn the House back over to them? Not so far as I’ve heard.

Is there a solution available? I think there is.

We’ve got a Supreme Court that just doubled down on its disgraceful 2010 decision in Citizens United, continuing in the new case (McCutcheon vs. FEC) to pretend to believe that opening the floodgates still wider for big money to flow into our elections does not corrupt our political system.

And we’ve got poll data  that indicates that the overwhelming majority of the American people – across the political spectrum – believe there’s too much money in our politics, and that the rich are getting too large a voice at the expense of average Americans. The people, it seems, understand that our “democracy” is being put up for auction. And they don’t like it.

There’s an opportunity there. It’s an opportunity that not only could benefit the Democrats, but also would be right and noble to seize. It could help rescue this nation from its present descent into oligarchy, in betrayal of the democracy our founders had in mind.

The Supreme Court – as corrupt as the five-member, Republican-appointed majority has made it – has precluded the possibility of mere legislation protecting the integrity of our election process. The Constitution means what the Supreme Court says it means, and for the foreseeable future our Constitution will persist in its present contorted form in which corporations are persons and money is speech.

That leaves but one solution: to amend the Constitution.

We cannot afford to wait for a better Supreme Court. Indeed, by the time the billionaires and mega-corporations have finished surging through the holes that John Roberts and his buddies have opened up, we’d likely be so dominated by big money that the better justices we’ve been waiting for would be unable to get nominated and confirmed.

The Democrats should unite to run this year behind a pledge to enact a constitutional amendment that clearly and unambiguously not only overturns these recent decisions but also goes further to establish a system of public financing for all our federal elections.

It’s a battle the American people would welcome as if the bugles had sounded and the cavalry were galloping in to the rescue. It is appropriate and useful to present the Koch brothers to the American people as the face of the Republican Party, as Senator Reid has been doing. But it would be more powerfully appealing to the electorate for them to be offered a way to rid themselves of the whole menace of plutocracy.

This is not the place to lay out the text for such an amendment. (I like the idea of one that gives every registered voter a voucher that can only be used in the election process and that bars all other money from that process. That would re-establish the equality of “one person, one vote” that is subverted now by a system of “one dollar, one vote.”)

But whatever the form, the people might well respond favorably to such an attempt to restore control over the American government to the people of this nation.

It is certainly a sad state of affairs when the Republicans, after five years of disgraceful conduct, seem now more likely to gain control of the Senate than to lose control of the House. Maybe, if the Democrats can take a strong position on behalf of the people in an area where the people are apparently quite aware they are getting short shrift, that dismal prognosis can be reversed.

And whatever the immediate electoral results, putting front and center the idea of getting such an amendment into the Constitution can only be good for America.